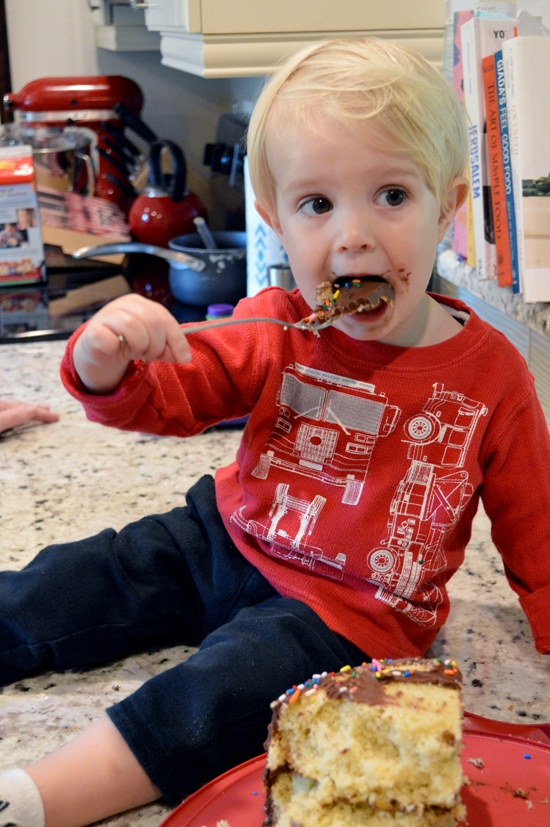 Raising a young child can be exhausting, rewarding, and hilarious all in the same moment. One of my favorite things about parenting is witnessing Noah's mind adsorb the world around him. Sometimes I'm astonished at how much he understands and other times I wish I could explain things better. Luckily he has a pretty good vocabulary and he tells me what he thinks. Some of the things he says are downright hilarious, others incredibly insightful. Here are a few things Noah knows to be true:

2. Somehow Santa Claus is friends with the firemen and rides around with them the weeks preceding Christmas, when he isn't posing for pictures at the mall of course. It's rumored that Santa even stays at the firehouse when he's in town.

4. Saying "I'll be right back" is much less emotionally stressful than saying "goodbye."

5. If one is eating chocolate one needs at least enough to fill two hands.

6. "Milkies" live in mommys' breasts and it's made especially for each of their babies. He is concerned about any breast dangling alone in the world, it should be occupied by a suckling infant. If boobs are prominently displayed (like in art) he'll ask me where the lady's baby is.

Email ThisBlogThis!Share to TwitterShare to FacebookShare to Pinterest
Labels: parenting