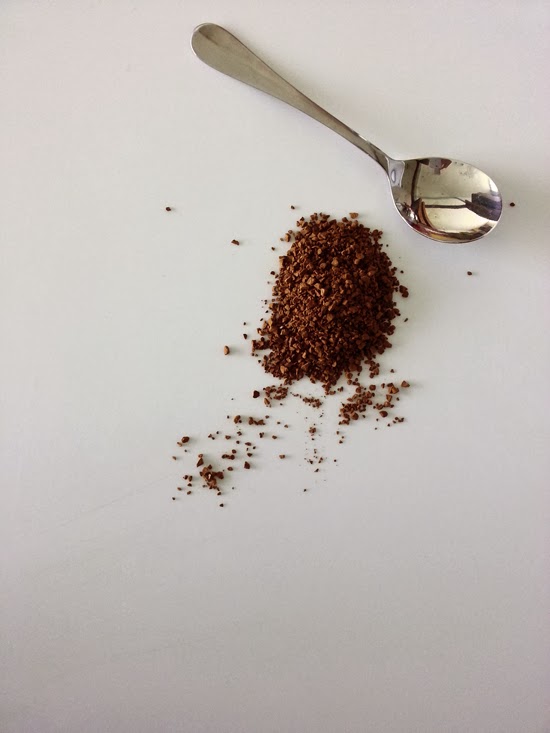 Amongst other things, I'm a coffee snob. I LOVE coffee. I love it more than wine (gasp) and I could drink it with every meal. Yes, every meal, morning, noon and night. When I was a working girl I would drink a cup in the mornings before work, then grab one on the way to the office - which I would sip on until lunch time. Sometimes in the afternoon I would get a third cup, though usually decaf. If I couldn't get a third cup, I would re-heat the old coffee for the afternoon. I know what you're thinking, and yes it did taste burnt.

I've been spoiled in almost every place I've lived with perfectly delicious coffee. Actually I remember the first Starbucks that opened in my hometown. It was at the Tampa International Airport and I believe I was just old enough for it to be OK for me to have coffee. Back then, going to the airport was a treat because usually we were picking up someone in town to visit and we could get a cup of Starbucks while we waited. In NYC and DC there were plenty of locally roasted, home grown places to purchase the perfect cup. In Dupont Circle, within a two minute walking radius from my apartment I had over five coffee shops to choose from. There wasn't a moment I had to consider drinking something sub-par.

My favorite type of coffee - not including type of beans and level of roasting - is just plain old American drip coffee. I sometimes drink it black, sometimes with a splash of milk, and once in a while black with a smidgen of honey (I don't really like sweet drinks). When at home I make my coffee by heating the water in a stove top kettle, grinding the beans fresh, and brewing in a single cup french press. I make one cup at a time. The process of making it has become a ritual for me. A way to transition from night to day, from dreams to reality.

Kuwait is a dry country - in case you didn't already know. I never thought I would move to a dry county let alone a dry country. No pork or porn either. I know, what a lame place you might be thinking. But its redeeming quality, at least in my mind before we arrived, was that they have a very active coffee culture. Instead of a bar on every corner, there are coffee shops. Just like in other large cities, sometimes two Starbucks face each other. Besides Starbucks there is Caribou Coffee, Illy, and MANY local joints I've yet to hit up. My fantasy was to buy beans from these local joints and experiment with local flavor. 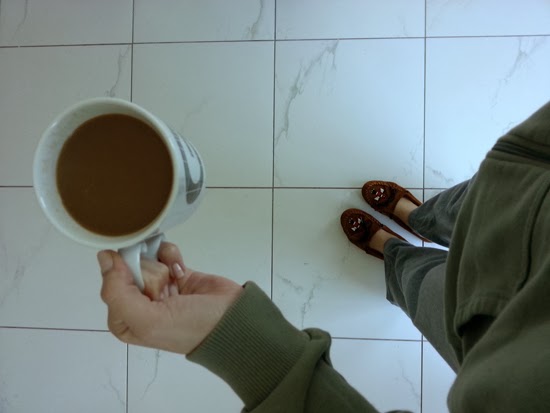 Ah, yes. How does that old saying go? "The best laid schemes of mice and men, go often awry." Once pregnant and sick as a dog my little cafe dreams didn't stand a chance (and moving to a dry country suddenly didn't seem so crazy). Although my doctor said it was OK to drink 6-8 oz of caffeine a day, I couldn't even smell coffee in my first trimester. The idea of drinking it made me gag. I replace my morning ritual with dry Eggo waffles and orange juice.

Recently, I've began to be wooed by coffee again. Regular coffee now gives me the jitters and what I didn't count on is that no one really drinks decaf here. Here in this entire country. There is no decaf American drip coffee to be had (iced decaf Americana has been the closest acceptable substitute). Not even decaf beans at the grocery store.

With each passing day of not finding exactly what I wanted. My standards changed. My mind opened. One day, I found decaf instant Folger's and bought it with the excitement of a 5 year old on Christmas. I got home and "brewed" it right away. I set up a place setting and dusted off my favorite coffee cup. It tasted like dirty soapy water. My little heart was broken with defeat.

Finally after over a month of searching, I've found something acceptable. In an isolated little corner of my local grocery store there is a section called "organic corner". It has packaged organic goods including instant decaf coffee! And it doesn't taste like dirty soapy water!

Now I gladly drink my instant decaf coffee each morning in the crisp fall air on my balcony (and by crisp fall I mean mid to high 70s). I drink my coffee with pride and satisfaction because by drinking it I was able to overcome the biggest obstacle of moving overseas - managing my own expectations.