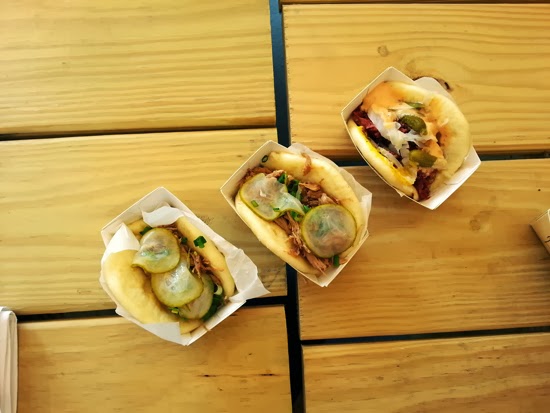 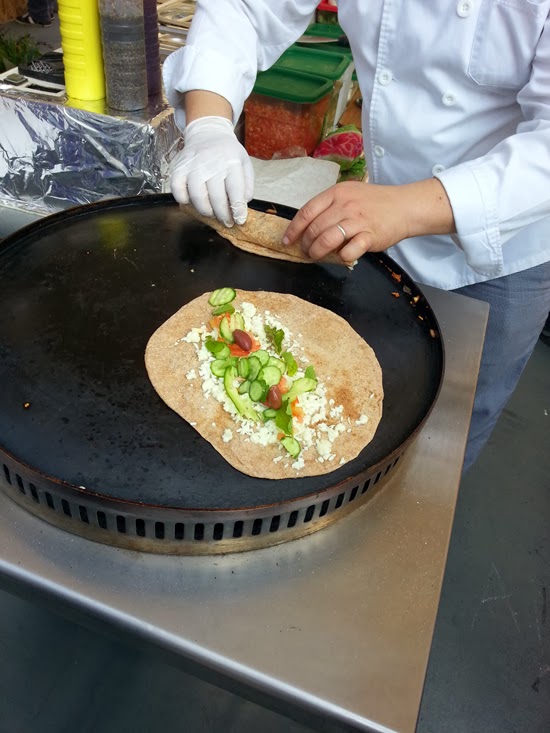 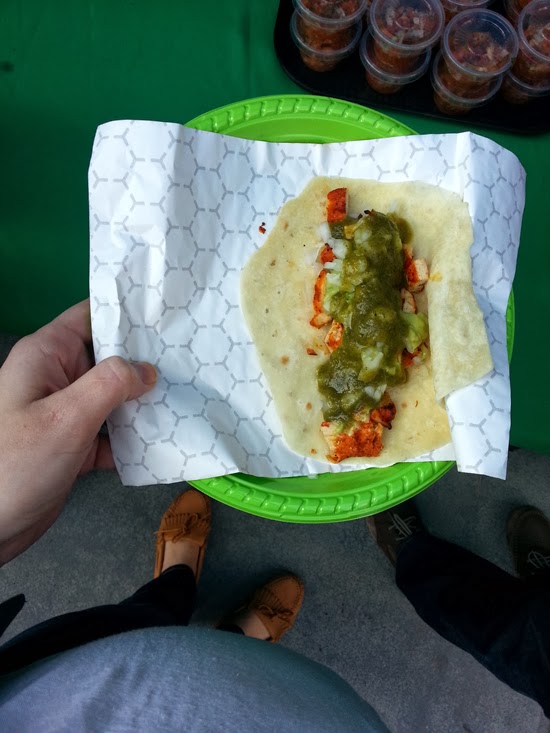 The brainchild of two local foodies, Noaf Hussein of Pretty Little Things and Budour Al-Qassar of The Oven Experiments, Qout Market was presented by Al-Qassar at the 2012 Middle East-North Africa Active Citizen Sum-mit, organized by the American Council of Young Political Leaders (ACYPL), in partnership with the US State Department. At the end of the summit, Qout Market was selected as a grantee and organization be-gan. The first market was in November 2013.

Qout Market is an outdoor farmer’s market (‘qout’ meaning Arabic for ‘food’) that takes place on the first Saturday of every month until April 2014 (which is the end of the growing season). I was so excited to learn about this as I miss going to the Dupont farmer's market terribly. It wasn't exactly the same, still fresh produce is hard to come by. At least the little that can be produced locally is represented there (and at the grocery stores). Most of the booths feature street food (SO good), fresh flowers, artisanal products (there was a woman selling vintage sunglasses and I almost caved and bought all of them), baked goods, and local programming. There were also things to do with your kids, like purchase baby chickens (no joke) and craft stands.

The next market will be on February 1st - This Saturday! Go early and eat all of the foods - like we did!