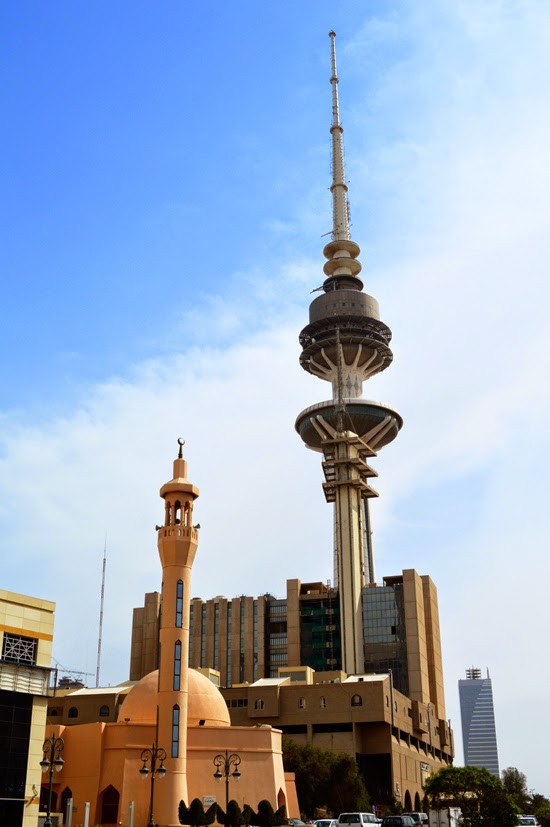 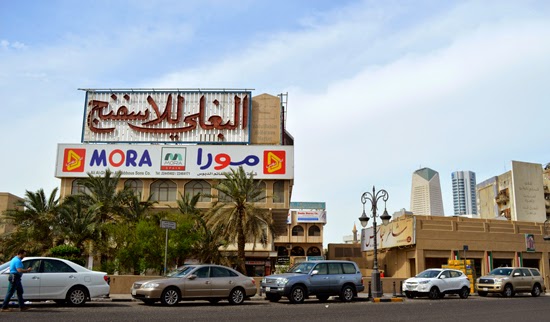 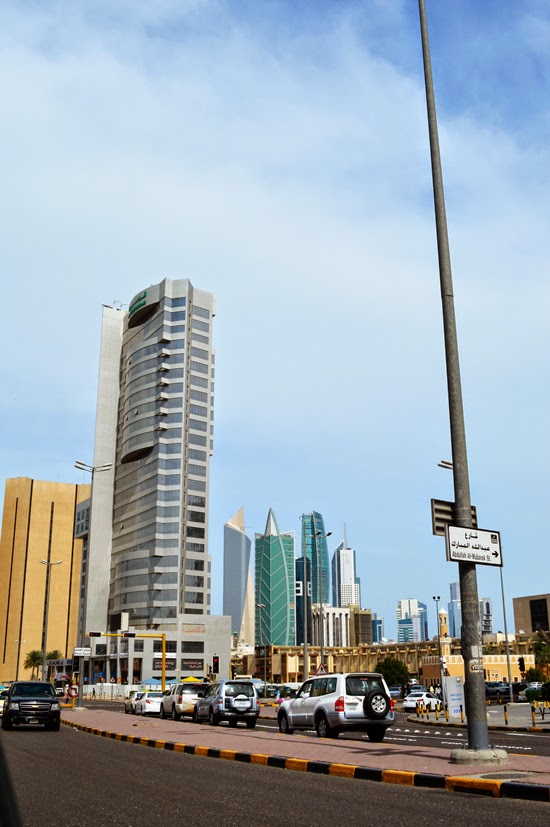 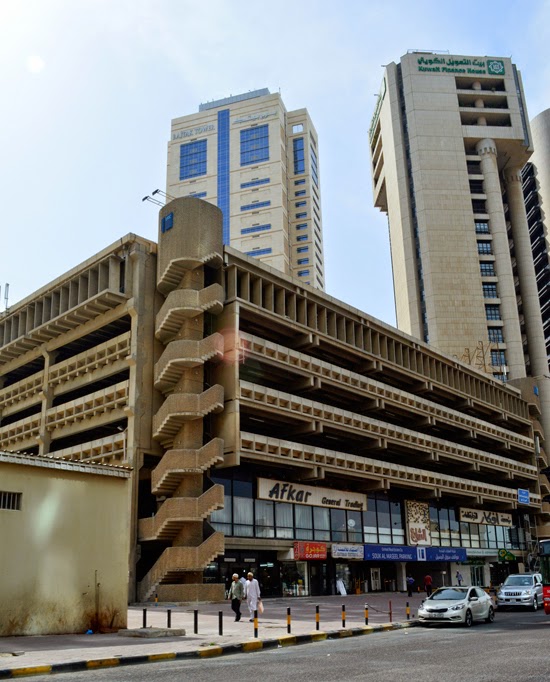 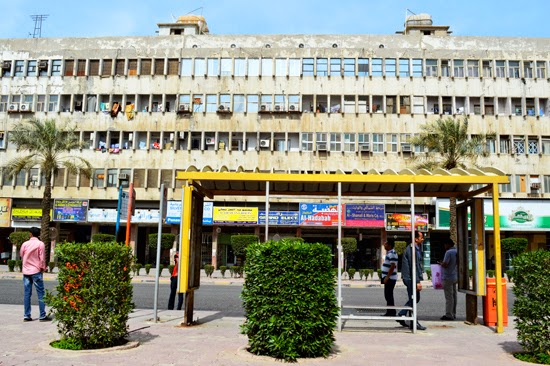 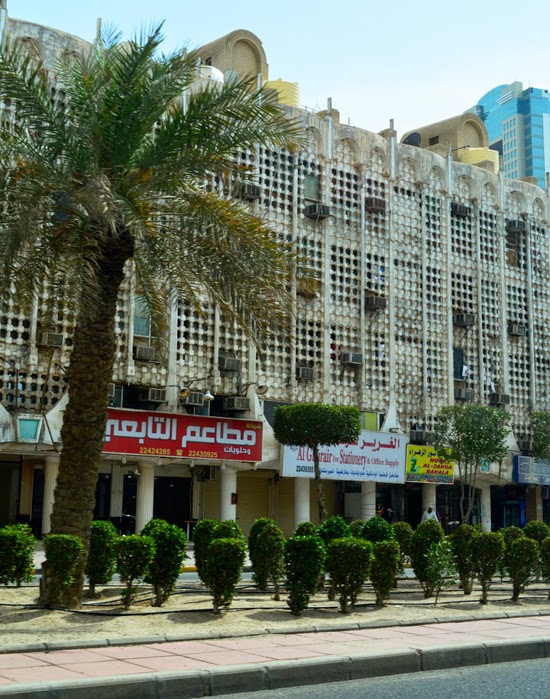 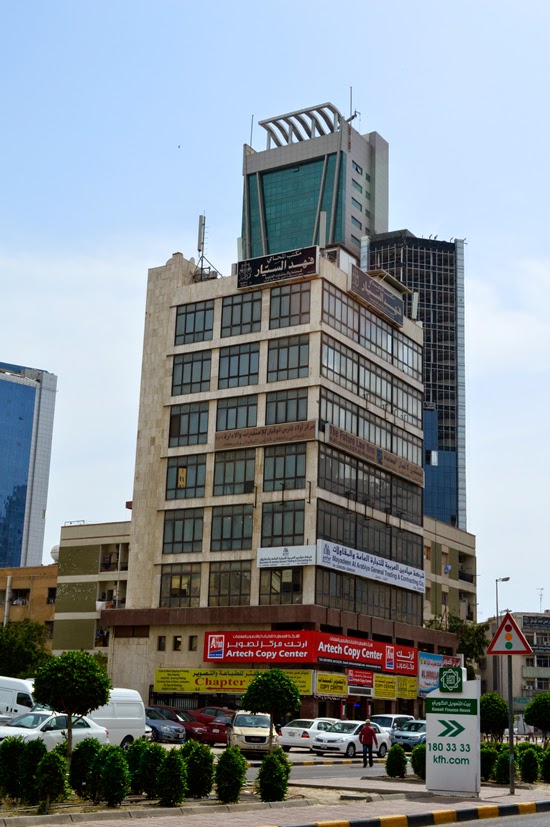 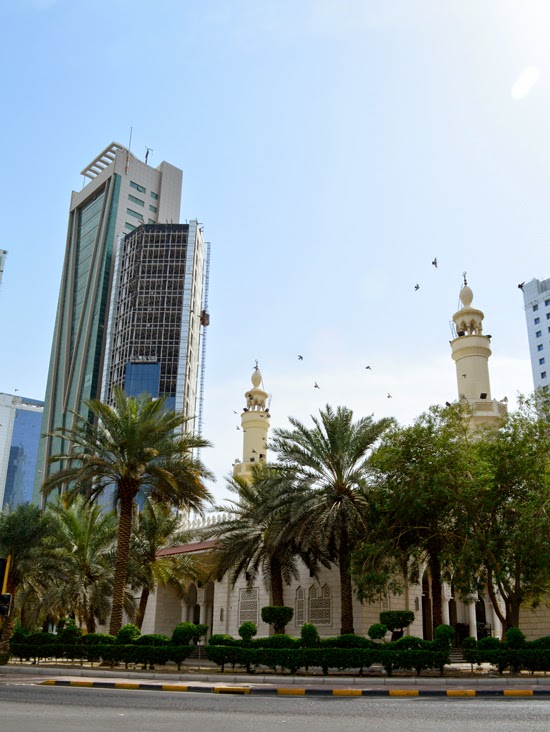 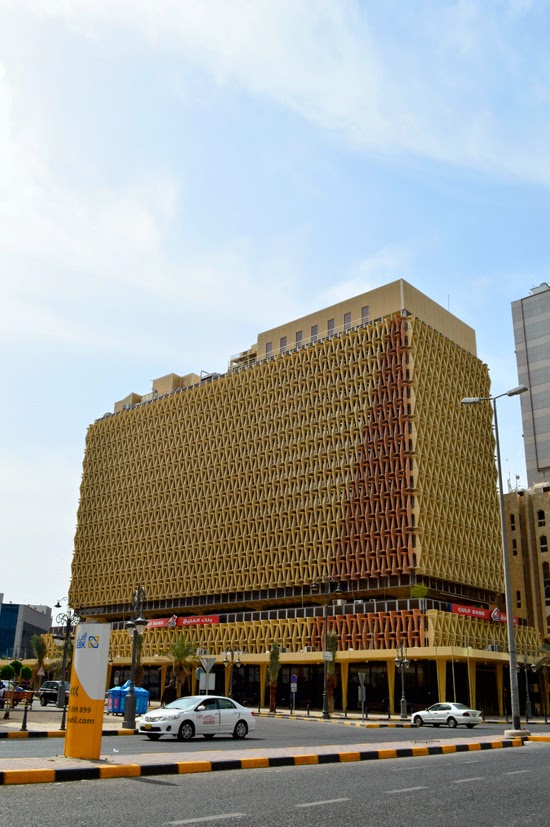 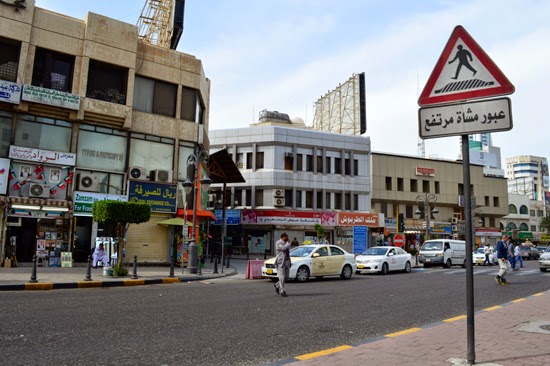 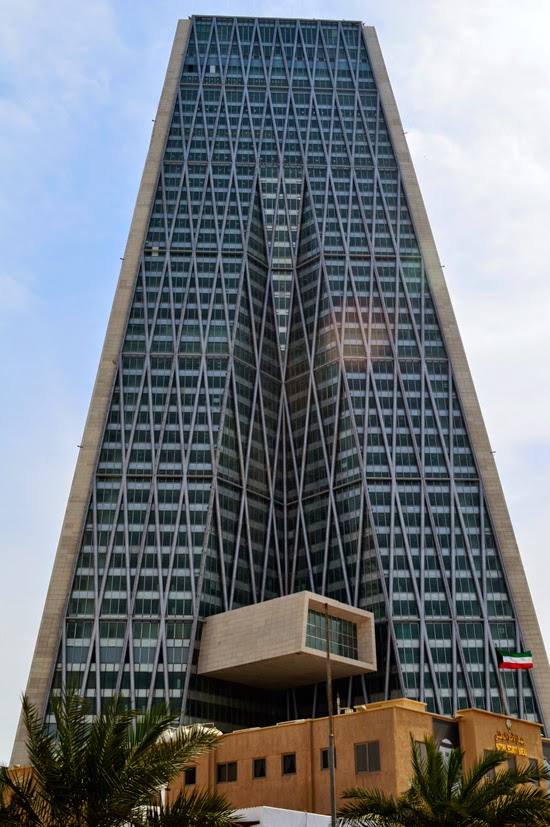 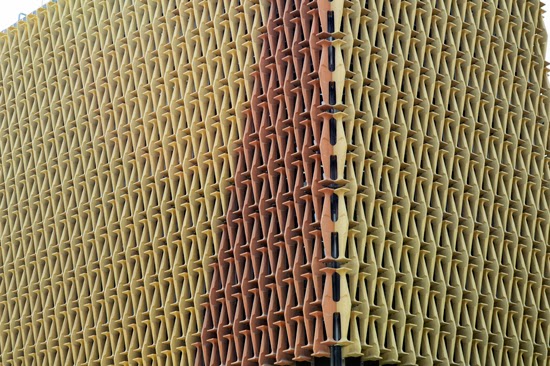 When we found out we were moving to Kuwait, I typed "Kuwait City" into Google to see what images came up. I was curious to see what our new home was going to look like. Much to my disappointment there weren't really any images of Kuwait at all. Everything that I thought was Kuwait ended up being Dubai or Oman or even Jordan in a few cases. I had to wait until I got here and drove around to really get a sense of the place. As romantic as that sounds, for me it was terrifying. I needed to know so I could start imagining myself living here.

So with that in mind, I wanted to show you so images of Kuwait. I took these pictures hanging out the window of our car as we drove around. While they aren't the most beautiful images, I hope you can see some of the goings-on of everyday life.

These pictures are of the downtown area. It is the oldest part of town and what is officially called Kuwait City. It's where the heritage souk is (where my rug dealer is!) and the fabric souk. What I find interesting about it is that it is jam-packed with activity and people with an incredible range of architectural styles represented. Mostly poor immigrants live downtown in complete squaller. In general they don't do much maintenance on buildings, cars, etc. here and I'm under the impression that it's a cultural thing throughout Arab countries. There's also orange dust covering everything.

Notice the air conditioning units stuffed in the walls and people crossing wherever in the road. There's also a mosque in the middle of a round about. I guess they really want you to feel thankful when you get there! My favorite building is the Gulf Bank building. It's the yellow looking one (detail pictured last) that looks like a relic from the 1950s. I love that it looks like it's from the Jetsons.
Posted by Jamie at 8:17 AM