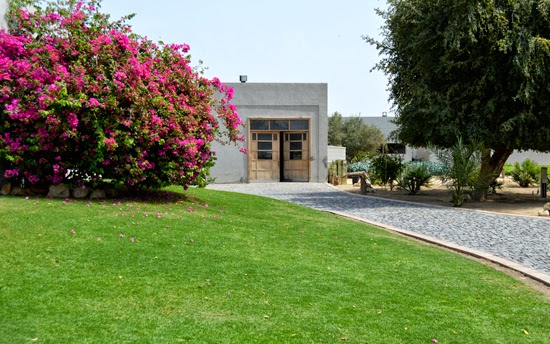 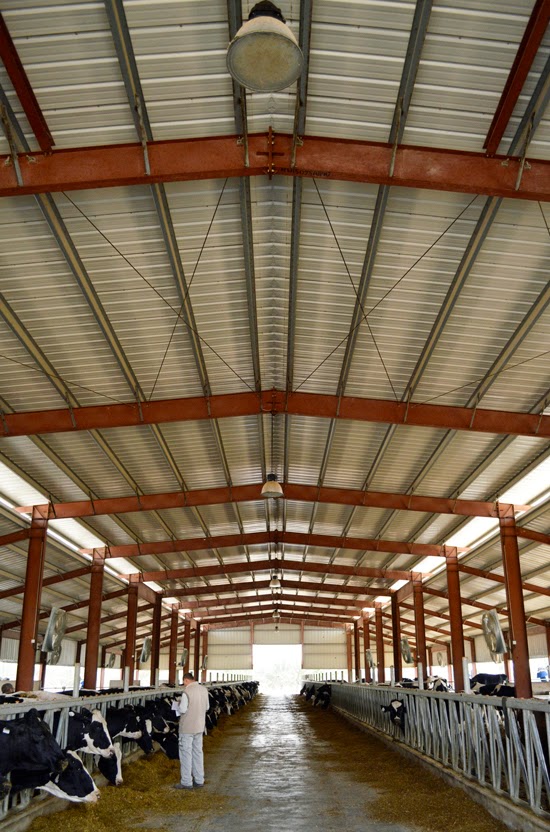 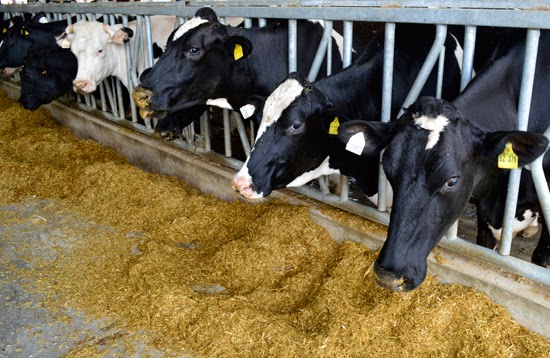 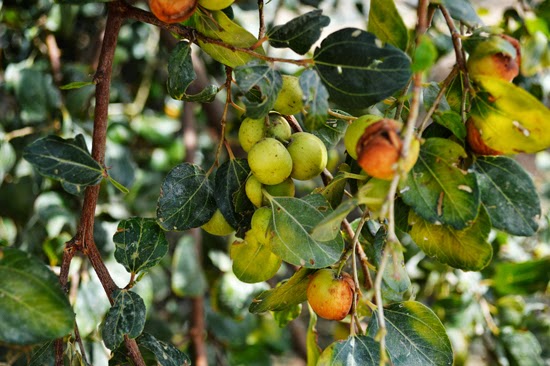 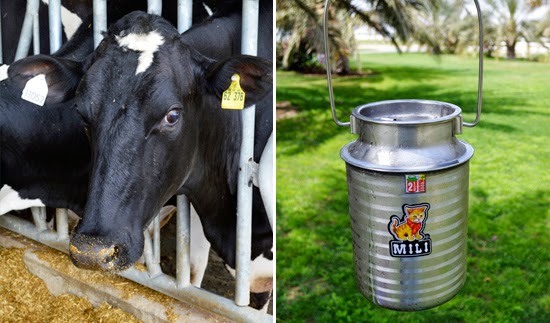 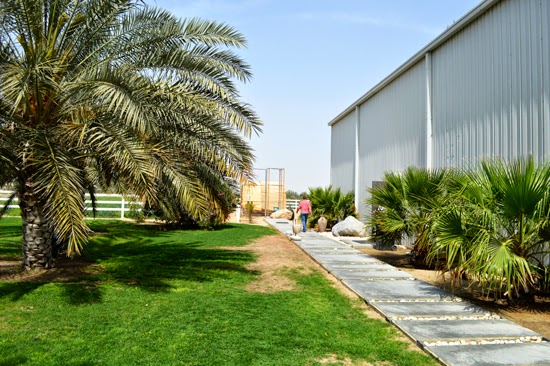 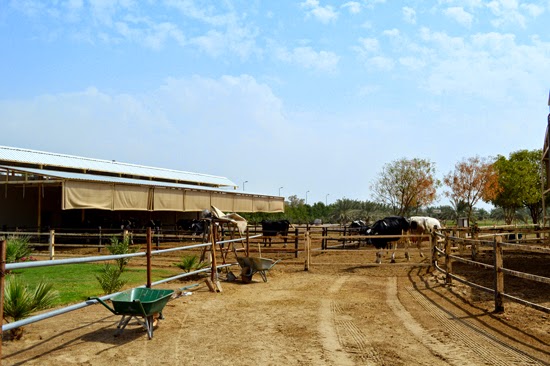 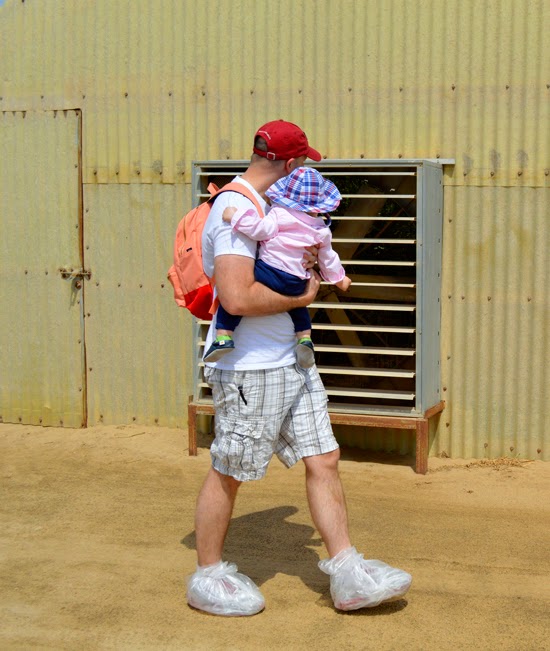 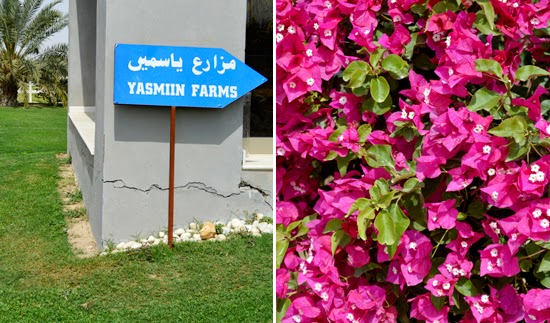 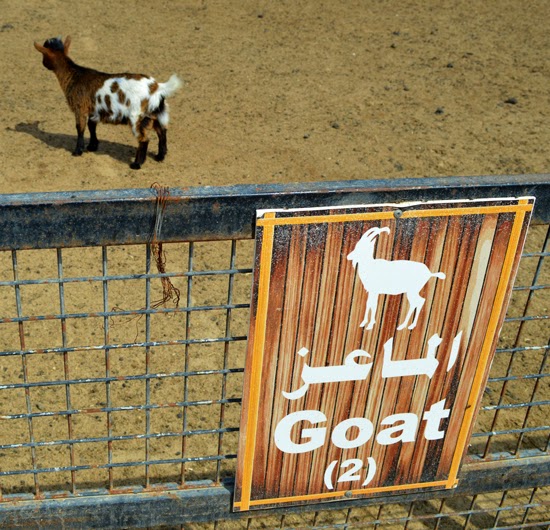 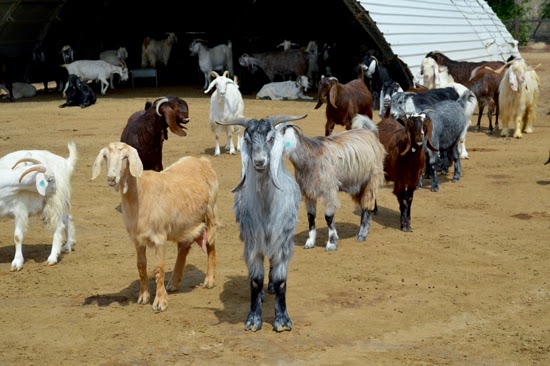 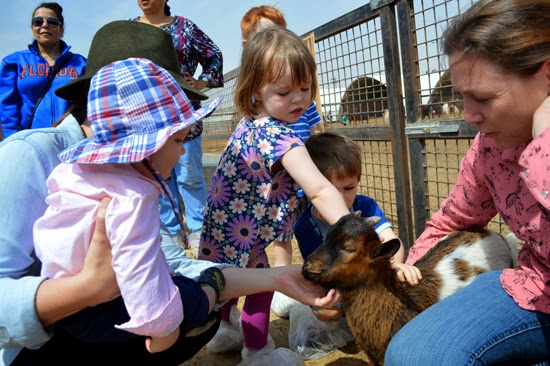 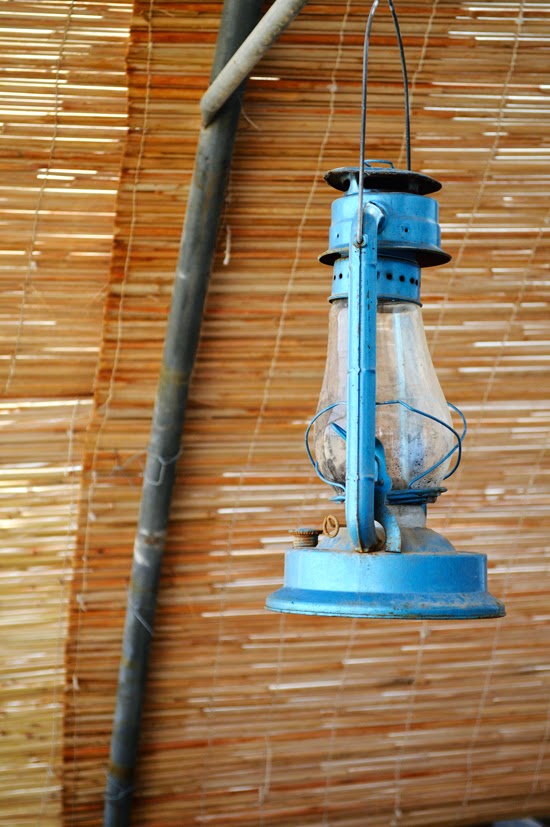 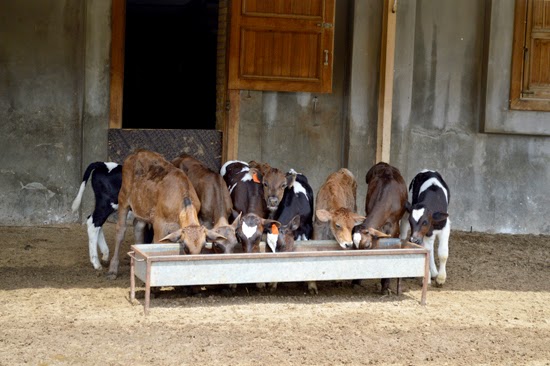 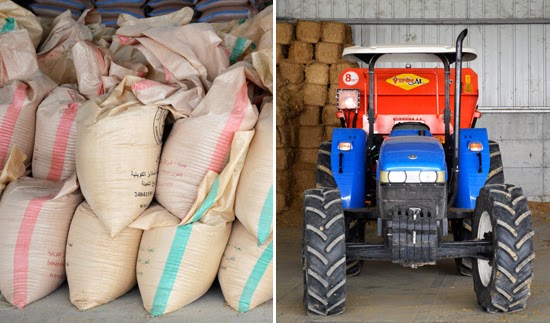 A couple of months ago (already!) Gman, Noah, and I signed up to go on a farm tour out in the middle of the desert near the Saudi Arabia boarder in Wafra. The flyer sounded promising with lines like "everything from fresh cheese to fresh fruit and vegetables are produced here" and "dairy cows, chickens, goats, large vegetable fields and even climate controlled greenhouses." It also said there was a fully stocked shop with dried fruit, olive oil, spices, etc. and "unique wooden trays and chairs for sale" as well as a small cafe. All of this plus a free tour with samples at the end. It sounded like a good day trip, a rare thing here.

The day started off rough. In general, Noah and I rarely leave our neighborhood, Salmyia. There is just no reason to. We have pretty much everything we could want within walking distance including four malls and at least one or two of every chain restaurant in Kuwait. And if we really want we can have whatever it was that we wanted delivered, including such delicacies as ice cream, french fries, and popcorn. Whenever we do leave Salmyia we are usually disappointed. We spend half the time sitting in traffic (with a baby who HATES the car) and when we get there, the experience turns out to be kind of crappy. I think my expectations are too high. Anyways, so as we leave Salmyia at 7:30am on a Saturday, it starts pouring rain. It might have been the only time it rained in Kuwait this year and it was the only time we planned on an outdoor activity. The rain confused and delayed the already haphazardly organized event. Somehow we made it to the farm in one piece and with dry weather. On the way there we drove through the flattest sandiest desert that was just barely separated from the road by piles of trash. That's when we got to see camels and a burned out car too! The day was getting interesting…

Upon arrival the the farm we are told to cover our feet in plastic for the duration of the tour. This was to prevent unwanted germs (bacteria? disease? pathogens?) from getting near the plants and animals. I realized halfway through the tour (it was hard to hear the guide because it was such a large group) that the farm, Yasmin Farm, was actually the supplier for the organic and local section of our beloved grocery store, Sultan Center, and in fact owned by Sultan Center. The produce and dairy products are indeed fresh (and delicious) but you pay for the luxury of having hours old cow's milk in hand in geographic location where that type of farming is not indigenous. Look for the brand Alban Dairy.

I was impressed with the cleanliness and thoroughness of the parts of the farm we saw - mainly the cows and goats. We couldn't see the chickens because they are so susceptible to airborne illness that they are kept under lock and key in an immaculate building where they experience the free-range lifestyle in air conditioning. Our guide Katherine also happened to be the farm manager and was definitely in charge of making sure everything met American standards as far as quality of care for animals and maintenance of facilities. One interesting thing was that every functioning part of the far was covered by a roof. Normally you think of rolling hills of corn or beautiful rows of strawberries when you think of a farm, but here mostly everything was covered in greenhouses or under a roof with open sides. It made sense because of the heat, and you could see that also adding to the cost of doing business. Speaking of the heat, an interesting thing Katherine mentioned on the tour was that they have to add molasses to the cow's feed in the summer because they lose their appetite when it hits 100!

Since most of the tour was about dairy farming, cows and goats, Katherine kept saying the work "milk." We saw lots of utters and even a baby goat nursing from his mother. Somehow the message of milk got across to Noah, because he was diving at my chest the entire time signing for "eat." We couldn't help but laugh, especially when we then noticed our friend's baby rooting around too.

It was fun to sample the products at the end of the tour, then see them in the shop. It was a visual reminder of which products were the local ones for when we got back home and went to the store. They also had fresh milk for sale in metal tins. We obviously had to get one even though we normally don't drink milk!

The only disappointing thing about our visit was that there wasn't a cafe (or unique trays and chairs for sale). So when the tour was over we basically just left. We had planned all the driving during Noah's naps (= peaceful drive) so the car ride home, hungry and tired, was a doozy. It would have been nice to be able to plan ahead and pack a picnic to have there or in the car on the way home.

If you are interested in visiting Yasmin Farms in Wafra, the tour is free and you do not need reservations to my knowledge. I recommend going on a Saturday morning around 9am like we did. At one point they had a website, but now I can't find it. So...

I also have the GPS coordinates (which say you're going to Saudi but you aren't, so don't worry). But the Garmin is already packed and en route to the US. When I get it on the other end I'll update this post with the coordinates!
Posted by Jamie at 6:00 AM