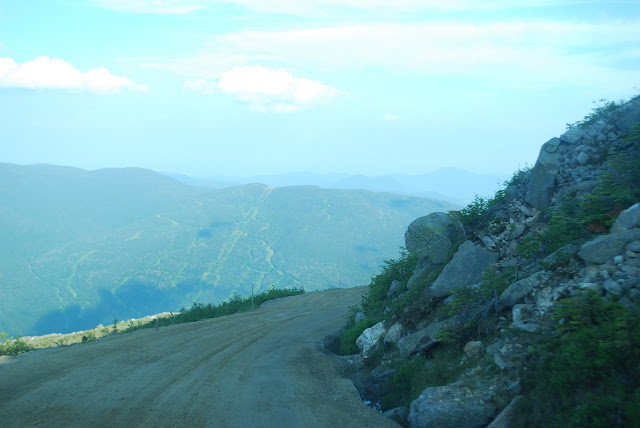 From Nantucket we drove up to Boston but I've already shared that with you here. Moving on to stop three on our road trip: Camping in White Mountain National Forest.

So when we were planning our Honeymoon we were also planning our wedding. Literally in the same moment, same train of thought. I’m usually so organized that I plan our trips out on an Excel spreadsheet with dates, times, tickets, budgets, and activities (I’ve been told I have a problematic obsession with Excel spreadsheets but I find nothing problematic about it.). But this time of course we rushed through, booked everything in one night and called it a day.

Upon packing I realized that there was one night which we did not book a place to stay. I started to panic. Was it too late to add a night in Boston? Gman saw this as a glorious opportunity to take me camping for the first time. Being Mr. Outdoorsy, he wanted to show me his world of dirt, fires, tents, wildlife, and warm beers. I agreed only after confirming with weather.com that the weather would be in the 70’s in the day and 50’s at night. We also packed an air mattress to lay on in the tent, surely a touch of luxury for his new wife, Gman thought. 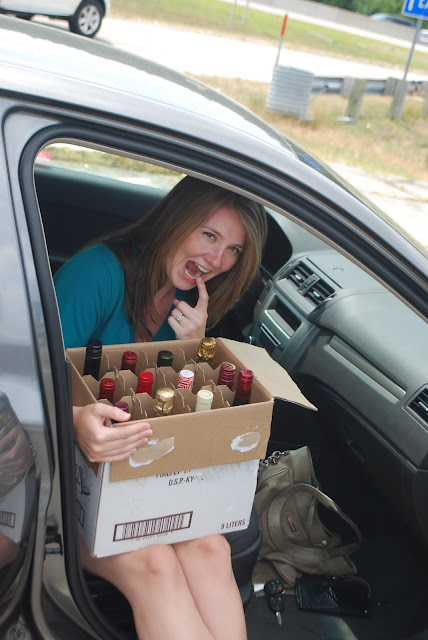 We left Boston after a lovely brunch and a trip to a bodega to grab dinner, s’mores and wine. They did not have wine and after briefly panicking again, we found a HUGE liquor outlet in New Hampshire where I stocked up on a case of my favorites. 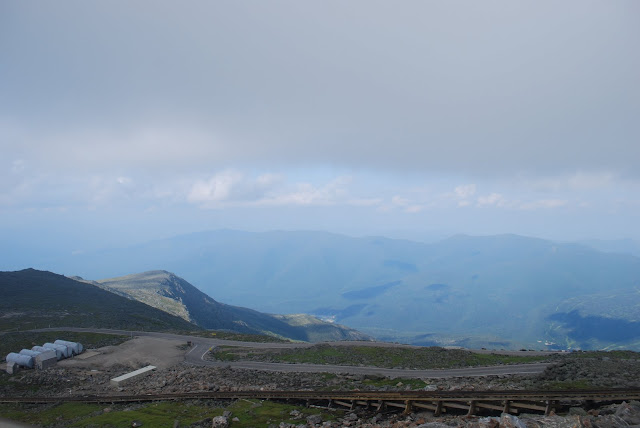 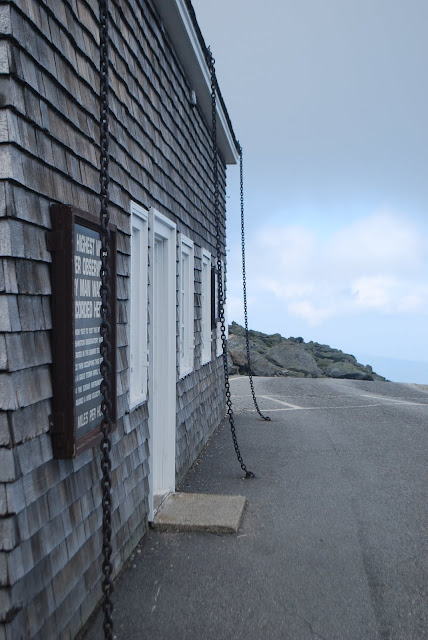 We stopped at Mount Washington to drive to the top before setting up our campsite. Mt Washington is home to the Mount Washington Observatory . It boasts world record winds (231 mph) and its peak is above the tree level. It looks like an Arctic tundra and the weather is notorious for being some of the worse in the world (hence the buildings being chained down). Perfect for leading scientists to practice their craft. 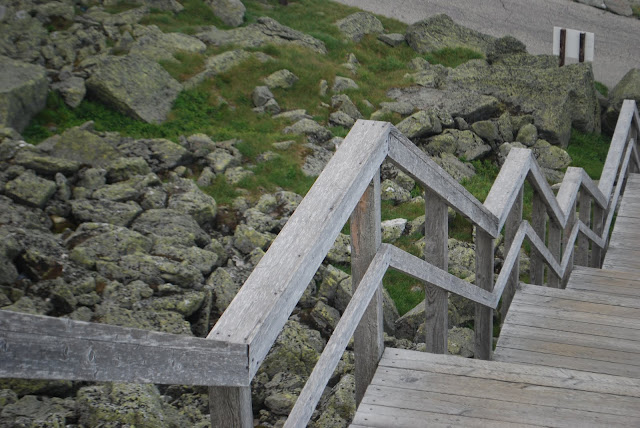 As a tourist, you drive to the top and listen to a tour CD while you drive. The roads are narrow and I don’t recommend driving yourself if you have fear of heights or no experience driving up hill (yes, I’m talking to you Floridians!). I went there as a kid and it was fun to see it exactly the same way I left it. It was also cold up at the top, a nice break to one of the nastiest heat waves EVER.


As we drove towards the campsite, I realize we were driving farther and farther away from civilization. There are no bodegas here, not back up motels, and no air conditioning. The campsite was quite nice in fact and the attendant (who LIVED there, what?!) was super friendly and even gave us firewood for free since it was our Honeymoon (yes, that was a highlight). He reminded us to put our food in the car or trash before we went to bed as there were a few Black Bear sightings in the area. My stomach got butterflies. Do Black Bears eat people? I though. “Oh, there has also been a baby Moose nosing around the campsite. So be careful.” I stared at him wide eyed and looked at Gman, who was unaffected by the comment. 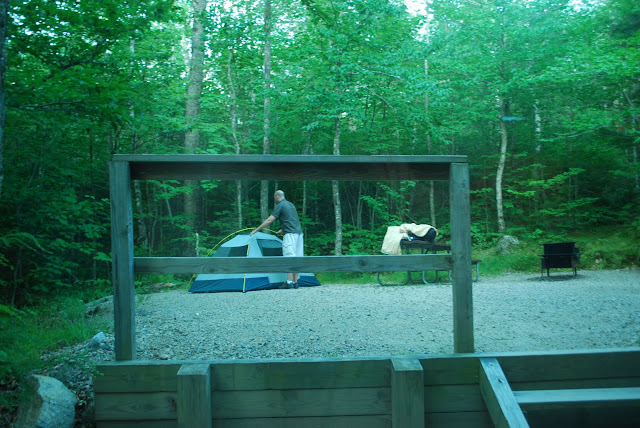 So we get out of the car to start setting up. The cheese we brought melted all over most of the other food. Duh, it was over 100 degrees outside. The heat wave prompted some sort of fly type insect to hatch by the swarms. Their incessant buzzing around my head was leading to insanity. Not only that but they would land on my skin and get stuck in the layer of sweat… nasty. I started to lose it quietly as Gman put the tent together and started the fire. I decided to have a drink to calm my nerves. Yes, that always helps. 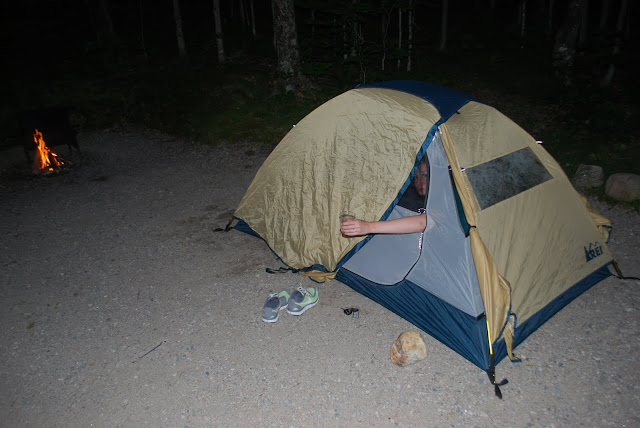 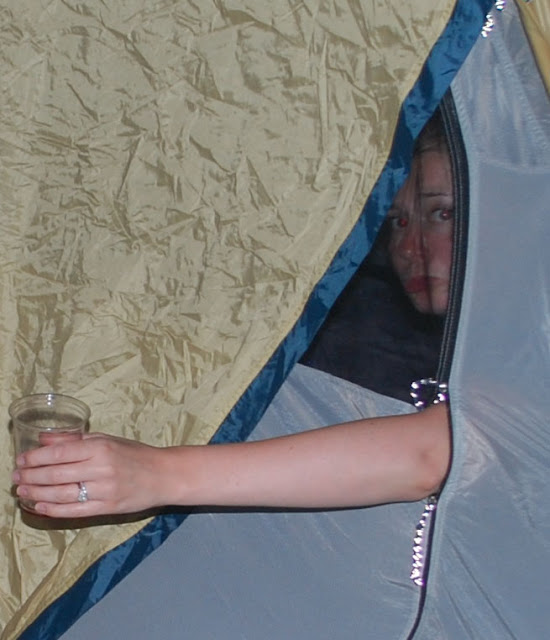 As I sat in the car (with the AC on) and drank one of the bottles I started to cry. Then Gman caught me. He insisted that I do something productive instead of crying in the car about it being hot and bugs landing on my skin. Also why was I surprised that we were actually going to sleep in the tent and that we were actually in the woods? So I jumped into the tent and started manually blowing up the double size air mattress. Gman brought wine refills as needed and the breathing helped calm me down (later he told me that there was an electrical outlet in the bathrooms…). I felt silly for getting upset. I was with nature boy after all. And this should be romantic. 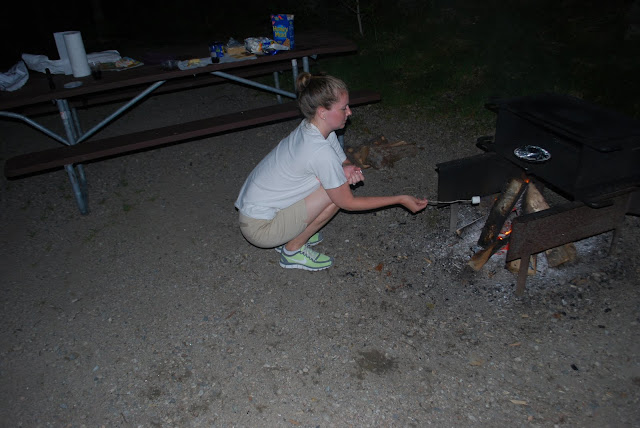 As the sun set the swarming flies settled down and we made s’more by the fire. I LOVE s’mores and was almost through my bottle of wine so was feeling better. Then it got dark and the mosquitoes came out. Lovely. I stood in the smoke of the fire to avoid being bled to death. We finished up and it was time to put the fire out and go to bed. Gman said “you stay here by the fire and I’m going to take the flashlight to take out the trash.” “Yeah, that’s fine.” I said, trying to be brave. 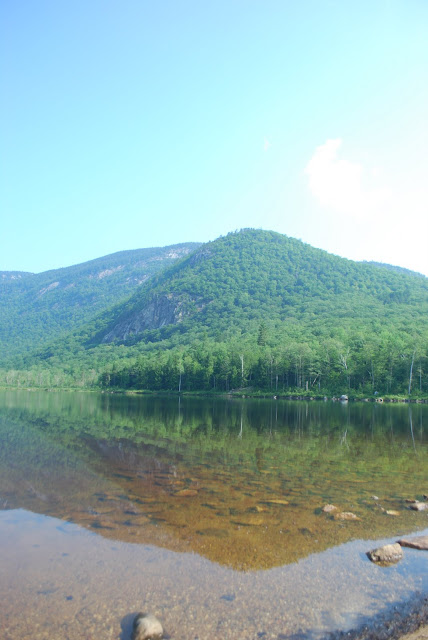 The boy scouts at the campsite next door were having SO much fun playing in the woods and making fires. They were laughing loudly and making fun of each other. Human noise sounded comforting. But while Gman was gone, they got quiet. And I could hear everything. Noises so new to me. Twigs cracking, animals, insects, something, chirping and digging around, likely hunting. Then I heard something move towards me. My heart leaped from my chest. It got closer. I couldn’t judge the size of it but presumably it was a bear, moose, T-Rex?! Without stopping myself I yelped, loudly. Gman casually walked around the corner and shined the flashlight at me and the creature behind me. I swung around to discover – a chipmunk. Crap. The little jerk was innocently coming over to investigate me/see if we left food scraps. I started crying again this time from utter embarrassment. We got into the tent and Gman patiently tried to comfort me but I ended up crying myself to sleep. Romantic indeed.


The next day we tried to wash up and explore the area but with the lack of coffee, no showers, hangovers, heat, and bugs decided to just cut our losses and drive to the next destination. We barely spoke until we arrived in Bar Harbor at the luxurious Bed & Breakfast with claw foot bathtub, coffee, snacks and most importantly no bugs. We were able to laugh about it later. 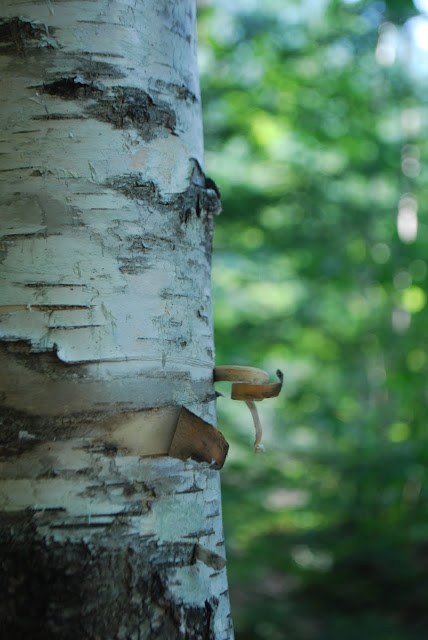 The sick part is I would do it again. Now that I have slept in the woods, not on my “bucket list” but checked off none-the-less, I can say I will be better prepared next time. I recommend the campsite too just not in the middle of a heat wave in July.
Posted by Jamie at 9:00 AM