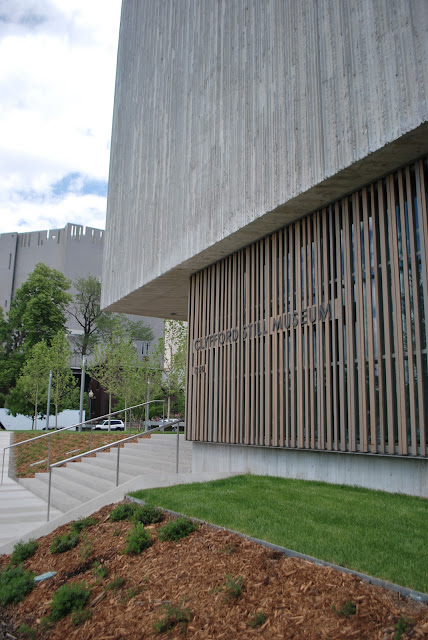 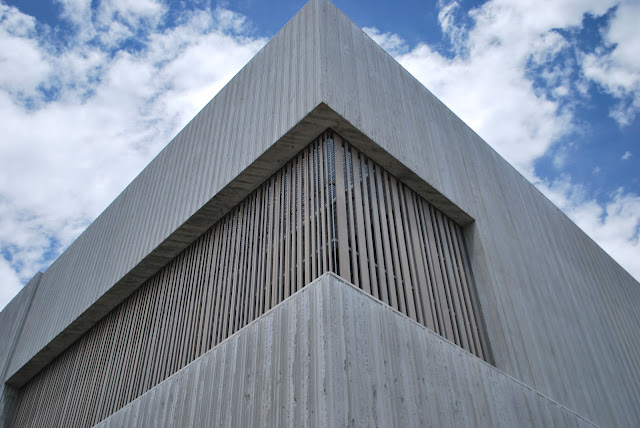 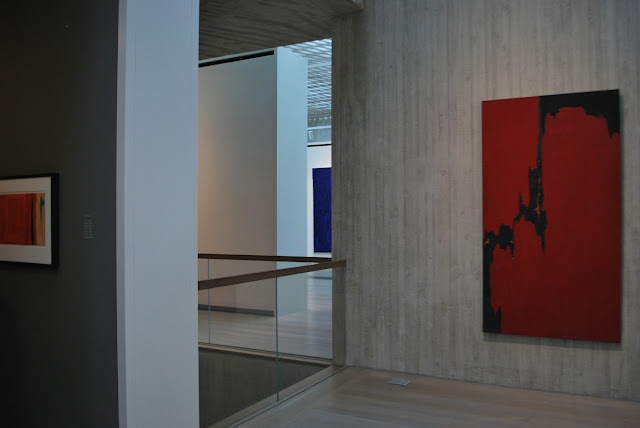 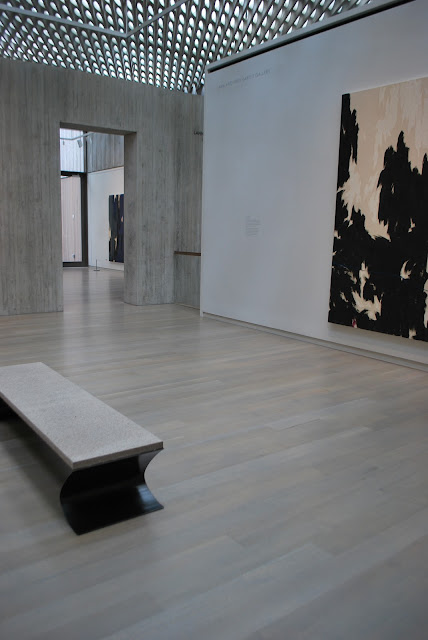 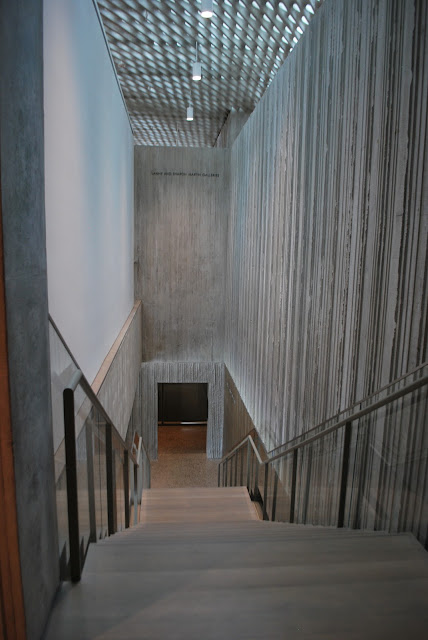 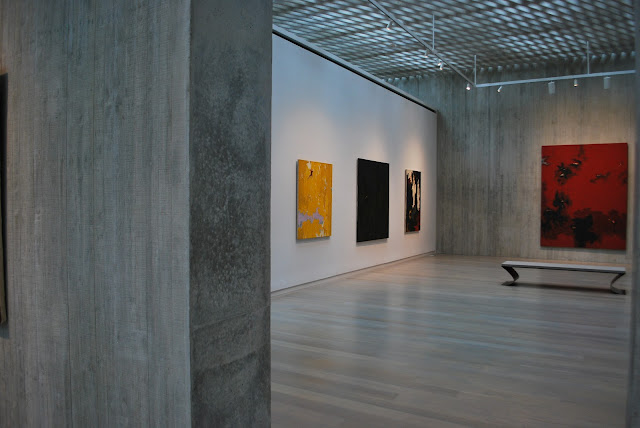 In almost every art gallery the art on the walls tell a story. Each piece is strategically placed in the room. Two paintings next to each other aren't there by happenstance, a curator is considering their relationship by comparing and contrasting them. The story might be by theme, like these are all Dutch still-life painters or chronologically, these sculptures were all done in 1967. Some art responds directly to the space, perhaps it was even made for it, while others seem juxtaposed. In the case of the Clyford Still Museum, the building was created around the artwork.


Clyford Still's career spanned fifty years of the 20th century. Growing up in Washington state and Canada his early work focused on figurative works of working class people. Around World War II his style moved towards abstraction though still inspired by the figures in landscape theme. In the 1950s he moved to New York and worked with other Abstract Expressionists, like Willem de Kooning, Jackson Pollack, and Barnett Newmann. In 1961, his story takes a different trajectory when he outright rejected the art market and isolated himself on a Maryland farm in order to solely focus on his work.


His interest in figure vs. landscape developed into an obsession with the relationship between canvas and paint. He explores their relationship through strategic use of untouched canvas. The canvas dictates where the paint will go and seems to restrain Still's movements, creating patterns from the separated blocks of color.


The obsession with medium as subject is elegantly carried over into the museum. The entire collection was bequeathed to the city of Denver by his second wife, Patricia (read more on that and the museum's conservation and research efforts on their website here). The building was designed by Brad Cloepfil of Allied Works Architecture in 2009 and was completed just recently in November of 2011. The building provides a background for the paintings but the walls also determine where the paintings will hang and how they relate to the space. Although poured concrete and drywall are different materials than oil paint and canvas, they interact in much the same way with the works of art - the building is background but then the building is subject.


What I mean to say is that walking around the galleries I found myself looking back and forth between the brightly colored oil paintings and the raw surfaces of the concrete walls. They balanced each other so nicely that I enjoyed being in the space just as much as looking at the paintings. (I was also mesmerized by the soft natural light flooding down from the sculptural ceilings. It seemed unusual for a museum.) The building and museum seem to be a continuation of Still's life's work. I am curious to see how they develop over time.
Posted by Jamie at 9:36 AM