A Behind the Scenes Tour of Cirque du Soleil's Totem 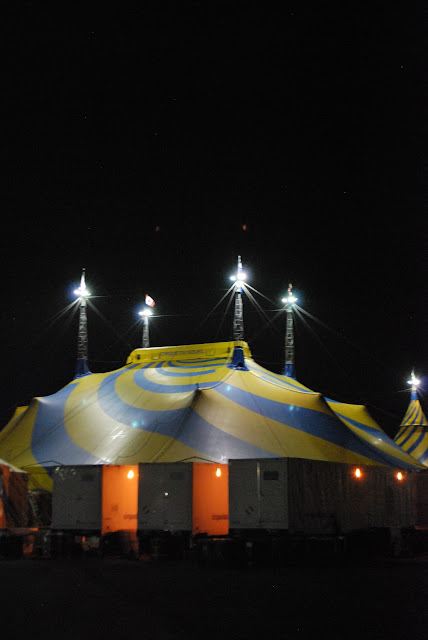 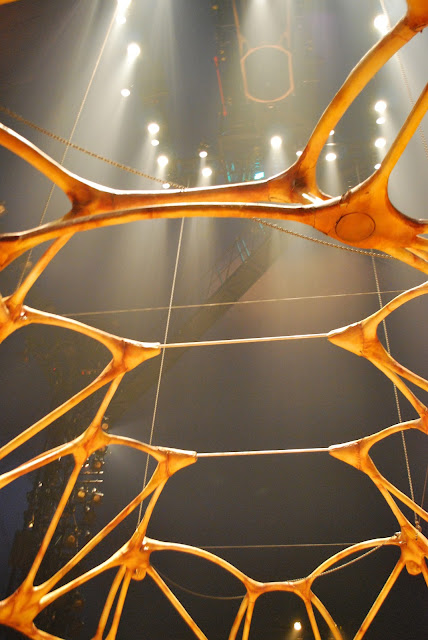 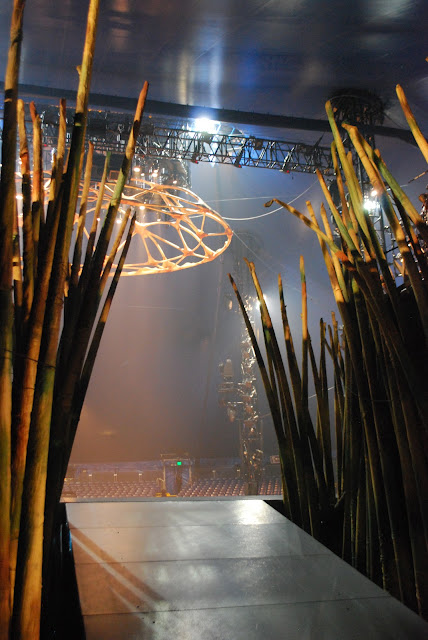 Last night I had the incredible opportunity to go backstage of Cirque du Soleil's Totem after witnessing the show (many thanks!). Here's a little bit about the show and my experience.

Written and directed by the multidisciplinary artist Robert Lepage (also wrote and directed KÀ (2004) and has enjoyed an award winning directing career), Totem explores the evolution of human kind from an amphibious state to our desire to break the bounds of gravity and fly. Through each performance connections are made between human evolution, ancient myths, nature, and our constant ambitions to discover, explore, and reach for the moon. I've been to several shows, Alegría, Mystère, and La Nouba. Each impressive in their own ways, but Totem, being in the Grand Chapiteau ("big top") brought a sense of intimacy with the audience and innovative logistical and engineering solutions to using such a temporary space.

During the show I just sat in awe of the acrobatic routines (and found myself gasping and jaw dropped during the Perches and Russian Bars), each one more impressive than the next. I mean let's be honest, I have a hard time doing advanced triangle pose during yoga class. These athletes are highly talented and such elegant performers (even the juggler took it to the next level in Manipulation!). In order to make everything flow flawlessly on stage, people backstage are hard at work too. 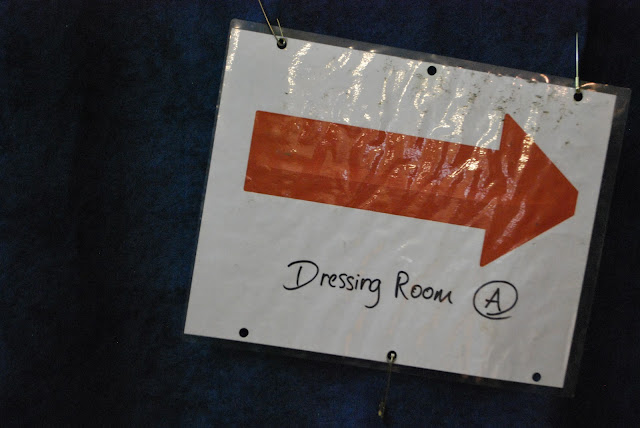 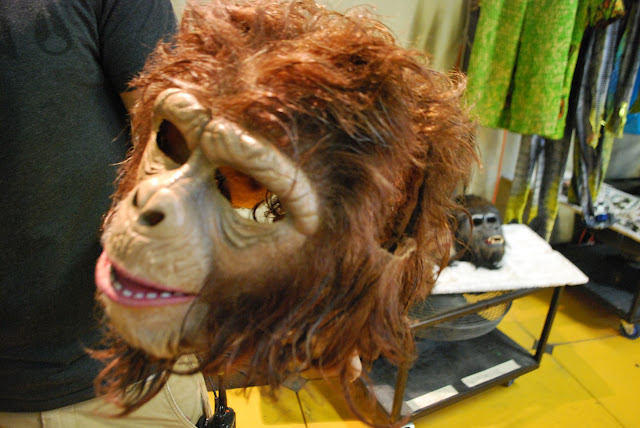 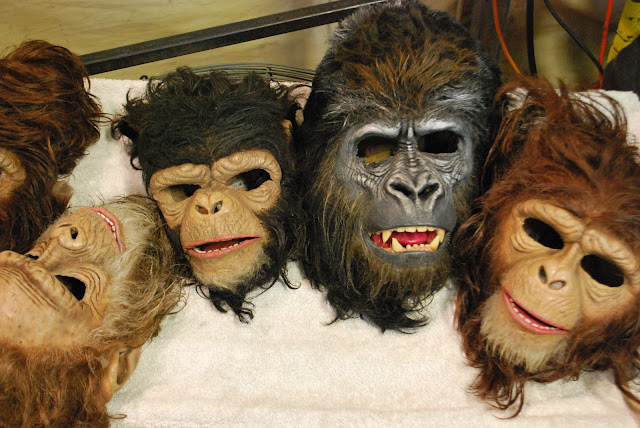 The visual environment of the stage is inspired by the natural world. The center stage is designed as a turtle, which is at the center of many ancient myths and stories. While I watched the show I was impressed with the engineering of the Scorpion Bridge and how 10,000 lbs of retractable steel could so elegantly fold back on itself (like a scorpion's tail, get it?) and the infrared images (all shot especially for Totem in locations like Hawaii, Iceland and Guatemala) projected on the stage to transform the scene from lava pit to lake to the surface of the moon. The infrared images react to the artists movements to create a rather convincing environment. Using infrared images as opposed to traditional stage sets and real water, was a creative solution to the temporary and mobile nature of having a show on the road.
It was also interesting to learn that, in addition to being performed live, the music also followed the movements and timing of the artists. The artists focus on their performance and everything else on stage - lighting, music, scenery - carefully follow their every movement. Talk about attention to detail! 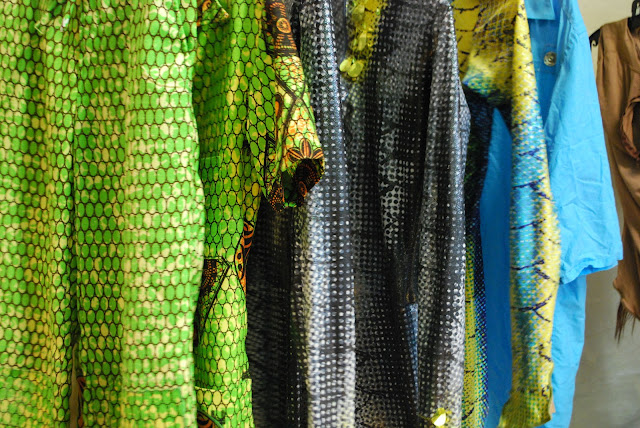 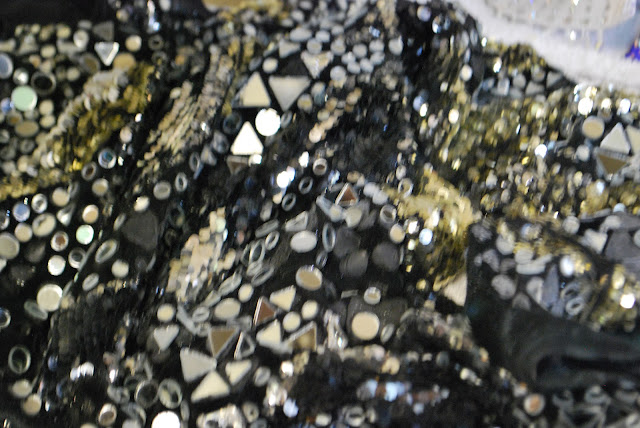 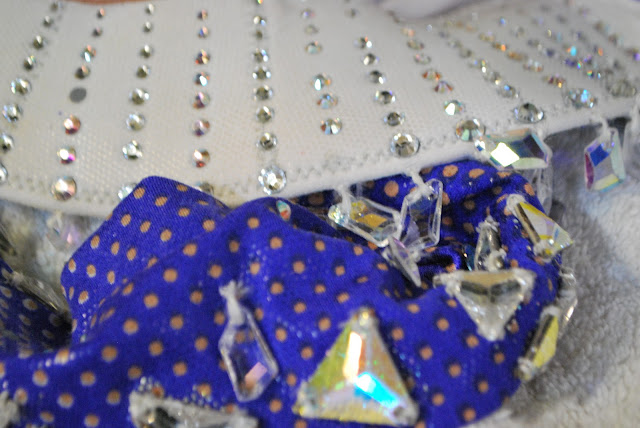 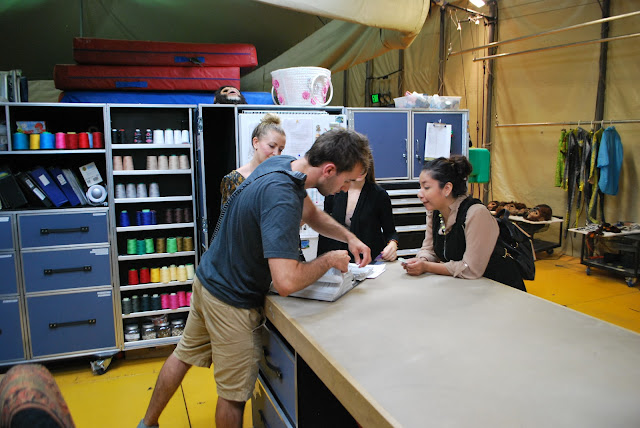 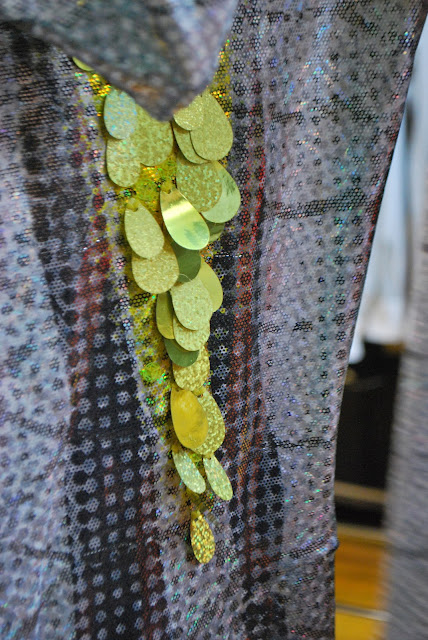 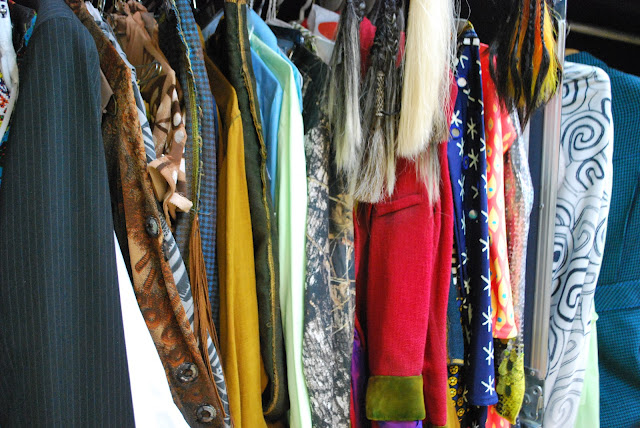 What struck me as I watched the show is that many of the performances the artists seemed like they were wearing natural style makeup. It was the first time I saw the faces of the artists. I could tell their cultural background, their age, even their hair color. In many of the Cirque shows there is an emphasis on the mystical, in Totem the emphasis is on humanity's evolution and on the body performing of these acrobatic feats of strength, agility, and power.
As you may know, I'm really into make-up, fashion, and shoes so going backstage to the wardrobe area was a dream come true. I was giddy with excitement to see the costumes up close. Although most people only see the big picture effects of the costumes and makeup, the attention to detail is astonishing. The Crystal Man's costume, for instance, is covered in thousands of tiny mirrors and Swarovski crystals.  Much research went into the cultural history of the costumes then inspiration taken from there. We learned about the costume and makeup process from conception to everyday maintenance. There's one person dedicated to cleaning and painting the shoes and the lifespan of a costume is every six months.

Unlike other Cirque du Soleil shows, to conceptualize the human theme the costumes are very body conscious and the disguise, transparent. For example, the amphibians and fish costumes in the opening scene. I understood that frogs were being represented but I was completely aware of the human form within. I could tell they were humans acting like frogs. Also kind of neat, I recently saw the frog exhibit at the Smithsonian's National Zoo and recognized some of the species integrated into the costumes, who knew that would have come in handy? 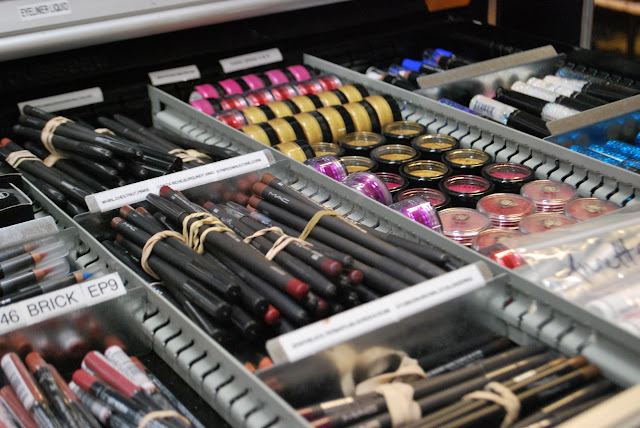 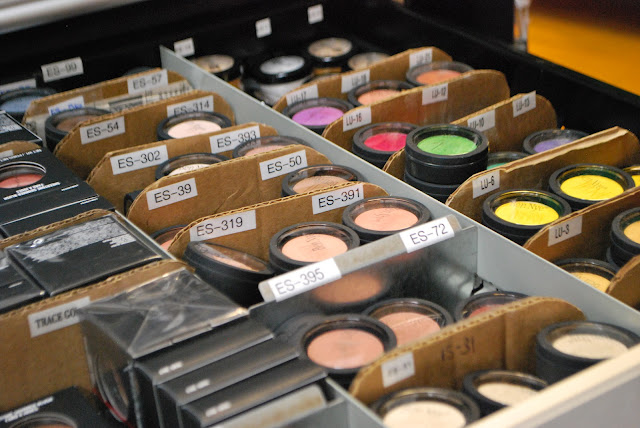 MAC makeup is the primary makeup brand used. When our guide, Francis, opened the large makeup drawers to show us the products, we all literally gasped and squealed. What was also interesting, and surprising, was that each of the artists was in charge of doing their own makeup. They have very detailed binders with step by step pictures so they don't forget. Can you guess how long it takes them to do their makeup? Not too much longer than some of us *ahem* - from 45 minutes to an hour and a half, depending on the complexity. Impressive, huh?


Also really cool is that masks are custom made for each artist to ensure they do not fall off or distract the artist during his or her performance. Each of the athletes employed has a scanned 3D image of their head. I want one!

Besides the innovative technological solutions to creative conceptions, detail oriented and fabulous costumes and makeup, the artists themselves deserve mention for their athletic prowess and impressive stage performance. Between the backstage crew and the artists on stage there are 21 countries represented and over 10 languages spoken (although English is the official language). Each of the artists are former competitive athletes, the best from each of their countries. So if you didn't get a chance to stand 10 feet from any of the Olympic events in London, you're in for a real treat.

Totem will be at the National Harbor until October 7. Click here for tickets and more details.
Posted by Jamie at 10:57 AM