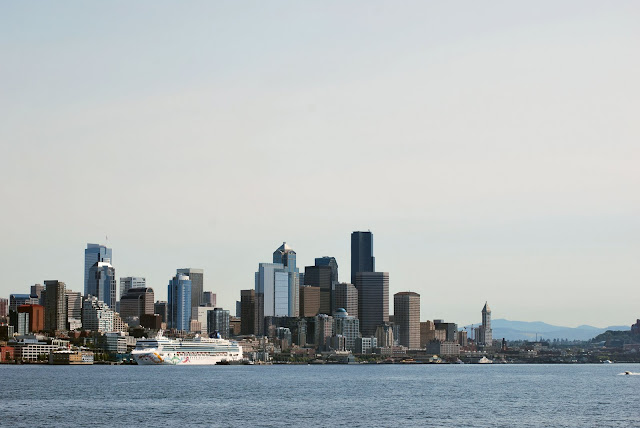 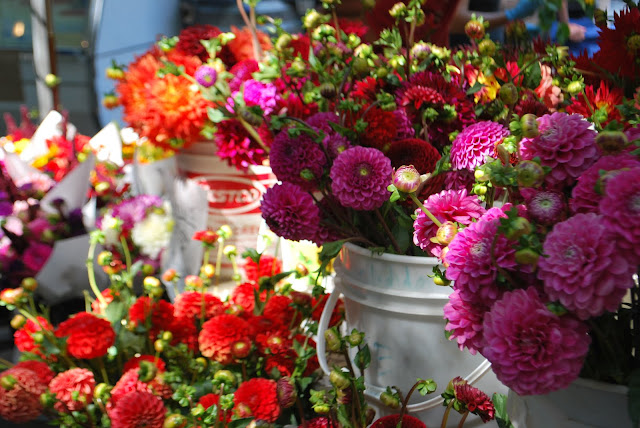 When I think of Seattle I imagine flannel shirts, throwing fish, Nirvana, and The Real World. It never caught my attention until I met Gman. He raves about the crispy, fresh air and how one can go boating and mountain hiking in the same day; then go to a fancy dinner downtown. He loves the ease at which a Seattleite can navigate a vibrant music scene while discussing the finer points of literature and the best brew of coffee or beer. They are both cultured city dwellers and outdoor enthusiasts.

After a month of separation we wanted to get reacquainted and what better way than with a trip? Seattle would be the best compromise of my wanting to go a new city and Gman’s desire to be in the fresh air of the Pacific Northwest Mountains. We took five days off giving us four full days of exploring. I was determined to dismantle my preconceptions about Seattle and find that real city Gman’s soul connected with.

As soon as we landed I noticed the crisp, clean air. Because of the mild humidity the air seems sharper, in HD as one of my friends noted. I couldn’t get over how even dirty cars and the bricks in the streets seemed more in focus.

Perhaps the most striking feature of Seattle is the lack of segregation. By that I mean the industrial factories are next to the baseball and football stadiums which are next to the downtown corporate scene which is mixed with the sustainable fish and flower markets. The neighborhoods aren’t separated by rich or poor but by style and there was a striking mix of people in each shop we went into. Even in the more seemingly conservative neighborhood we saw some impressive tattoos. People with similar interests were in the same spaces and were not separated by age, race, or gender. I found the city more casual than New York or Washington D.C. in that way. 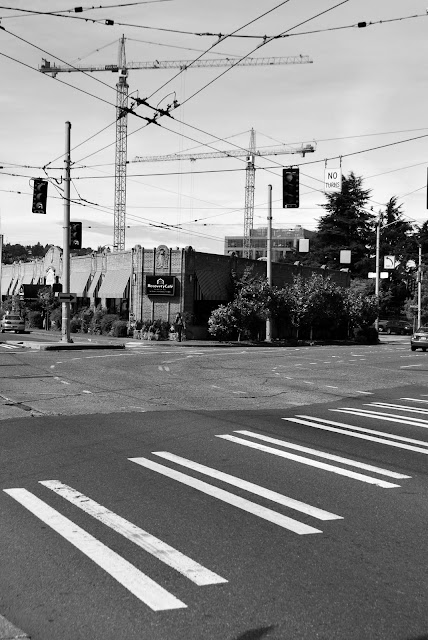 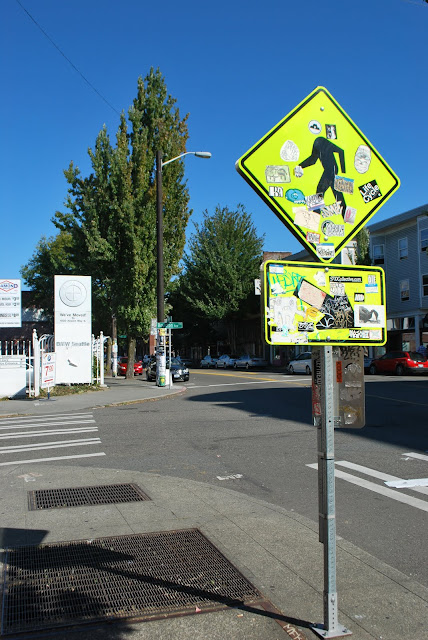 The produce, meat, cheese, wine, coffee, and spices are local, sustainably produced, seasonal, and perfectly fresh. The high standard of ingredients in each meal we enjoyed showed where the priorities of the rebellious foodies of Seattle lied: from a quick pulled pork sandwiches at Rub with Love, Shack, to elegant beet salad at Champagne to sweet corn risotto with Dungess crab at Pink Door to thin crust specialty pizza from Serious Pie. Each meal was carefully chosen by the chef or owner based on seasonally available ingredients and paired with local beer and wine.

I was surprised to see that many people still enjoy a good flannel shirt and in fact also still wear Doc Martins (See mom, they are still in style 10 years later!). The fish throwers are a tourist trap at best; although I did enjoy watching brawny young men manhandle my potential meal.

As I walked through the streets of Downtown, past the modernist architecture and wires overhead from street cars I kept asking myself, where is the real Seattle? Masses of tourists flanked us on the sidewalk as we passed the flagship Nordstrom store and outdoorsy people nearly peed themselves with excitement at the REI flagship (I went there, shocking I know.) 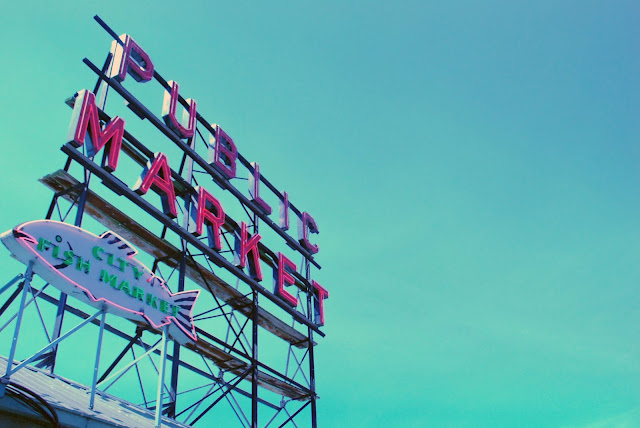 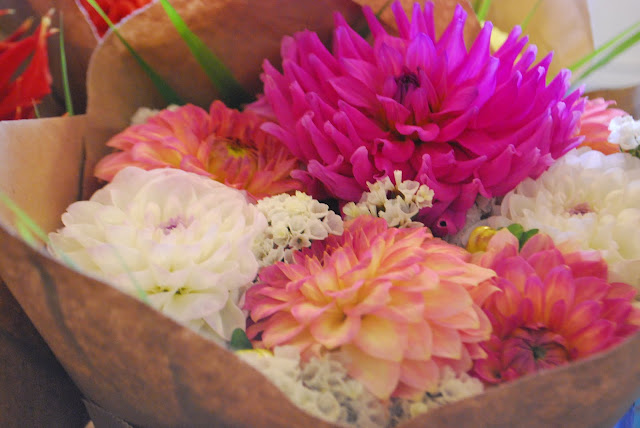 I normally balk at guided tours but heard a lot of great reviews for the Underground Tour in the Pioneer’s Square neighborhood, where Seattle was founded. The tour takes you beneath the streets and gives you the dirty truth about the beginnings of the city as a logging port in the late 1800’s. Prostitution became the most profitable profession, though the ladies were taxed as seamstresses. The occupation was so lucrative in fact that one famous madam’s estate, almost $500,000 at the turn of the last century, was used to start an endowment for the city’s public education system. Knowing a bit more history helped put into context the counterculture personality of the city.

We ventured off to Ballard and experienced the most impressive farmer’s market (dare I say it trumped Union Square in Manhattan?) where we picked up some smoked salt (I swear it adds the flavor of bacon to everything it touches, yums!) and ogled at the bountiful summer veggies, fish, and pork. This market even had soaps, oils, and grains. Which made it as close to one stop shopping as a market can get. After shopping we had brunch at Bastille Café and Bar. The floor to ceiling windows were wide open and the 70 degree breezy air swept across our skin as we sipped a French Kiss and Bloody Mary. The bustle of people somehow made the moment quiet and peaceful.

In the Capitol Hill neighborhood we experienced the same peaceful vibe though it was much more urban. Still the superior quality of food, coffee and shopping prevailed and we enjoyed thoughtful conversation with each other and a few locals. It didn’t matter so much what you looked like but you clearly had taste if you walked into Stumptown Coffee or Frock vintage shop. 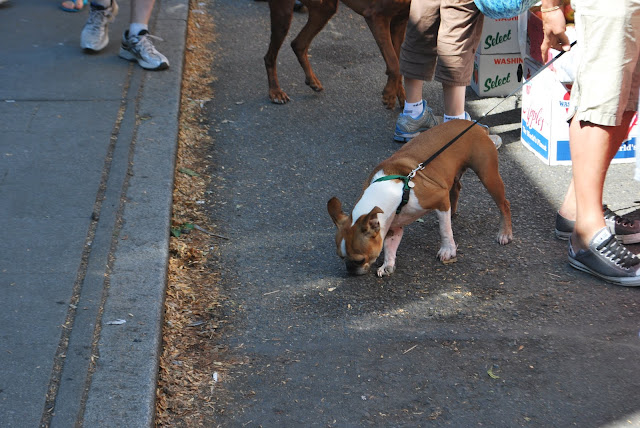 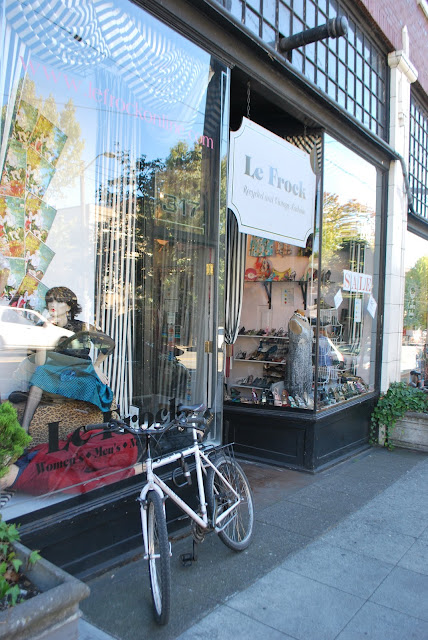 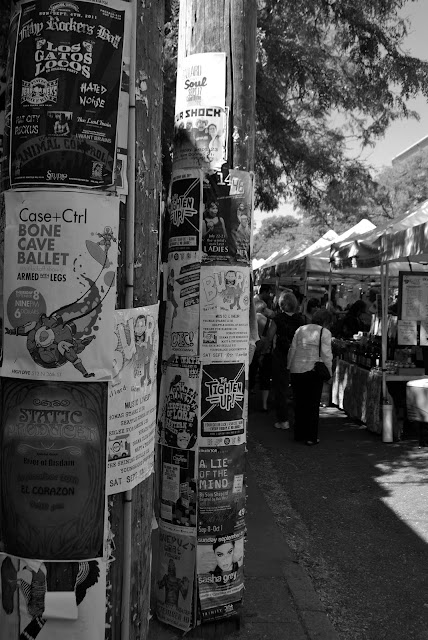 Early Sunday morning, we took a ferry tour of the harbor. We cruised past the iconic Seattle skyline, Space Needle and all. Then past crowded boat docks bursting with pleasure craft. We were told many Seattleites commute by ferry or personal boat and that there were so many boats that the city devised an emergency escape route using them should Mt. Rainier ever decide to erupt (it’s an active volcano but more on that next week). We drove past naval vessels and tug boats and enormous freight ships. The old port is now a tourist destination, filled with souvenir shops and beggars.

I thought again where is the real Seattle?

As I sipped some locally grown Shiraz at The Tasting Room, smack dab in the middle of Pike’s Place, an unassuming local woman gave us a brief lesson in Washington wine and culture. She was very well spoken, knowledgeable, and friendly. Her appearance was unkempt but she seemed satisfied with herself and enjoyed chatting with other locals. I realized then that I was sitting in the real Seattle.
Seattle isn’t necessarily a particular neighborhood or building. It isn’t segregated from the tourists or a myth in my mind. The history of the city is woven into the fabric of the buildings, food, and people. Gman’s soul didn’t connect to a landmark or favorite bar but with the come-as-you-are (Nirvana reference intended) attitude, outstanding food and drink, and a casual complexity that lingers in the crispy air. 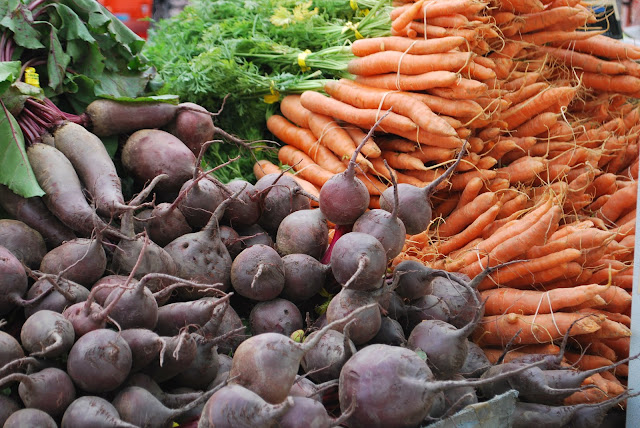 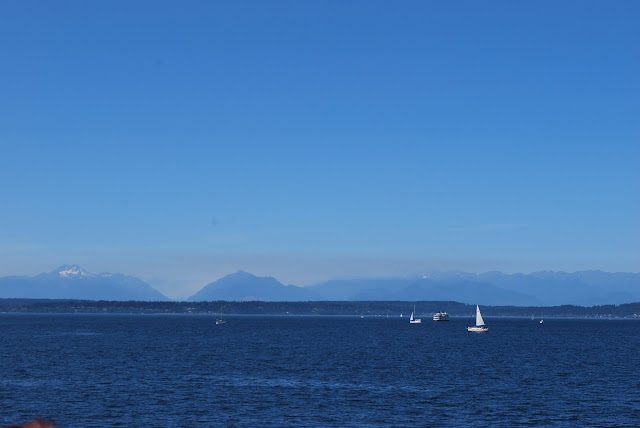 {Special thanks to my local guides, Joe and Jenni!
We would not have eaten such great food or seen such Seattle specific sights without your kind advice.}
Posted by Jamie at 1:43 PM