Weekend Recap: A trip to the zoo 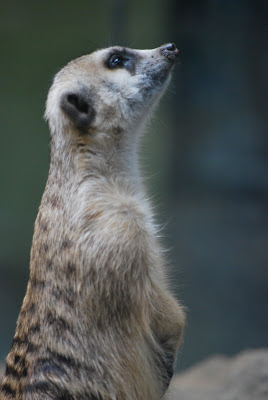 This weekend was the first in a long time that we did not host out of town visitors. Gman and I took it easy for most of the time, and decided to take a stroll the through the National Zoo. Though I love animals, I've always felt conflicted about zoos.

On one hand, they are important research tools so that our biologists can learn more about the animals, their habitats, and interactions. The animals in captivity, in a sense, serve to rescue the rest of their species from destruction and extinction. 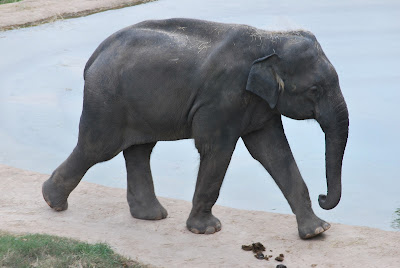 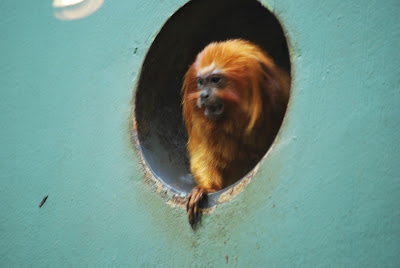 On the other hand, the animals are kept in small cages or habitats for the entirety of their existence. Their efforts to maintain the instinctual habits drilled into their DNA seem futile and somehow cute. Some of the animals, such as the elephants and meerkats, were very much aware that they were on display and reacted to their audiences' presence. One of the elephants on exhibit endlessly paced in a figure eight, stopping only to diddle with twigs or grass in attempts to entertain itself. At one point it let out a huge sigh and charged the spectators. 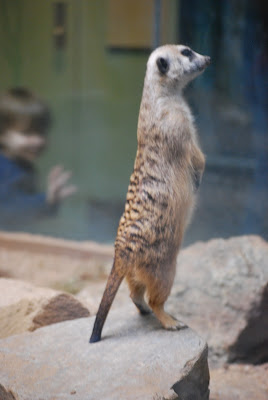 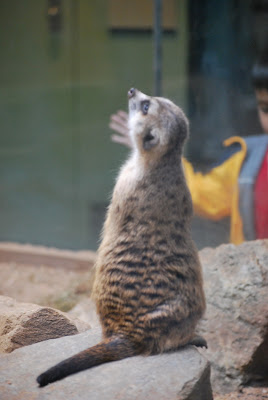 The meerkats were extremely aware of their admirers. One always stood guard and watched the visitors while the others busily maintained the order of the cage environment. While I was observing, one of the meerkats was struck by this woman's hat, which was knitted to look like an animal, ears, eyes, and all. He (I assume...) was on high alert and wouldn't take his eyes off of her. Through the glass, it was possibly to be only inches away, face to face with the little creature. 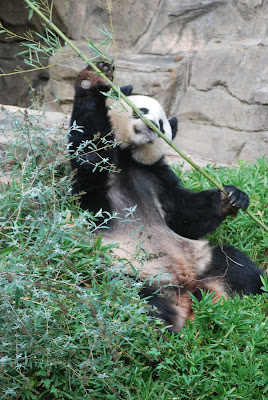 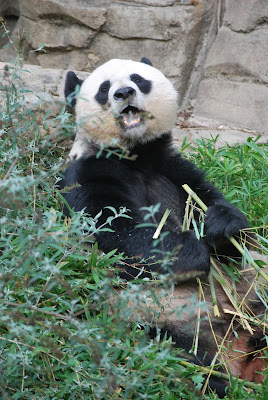 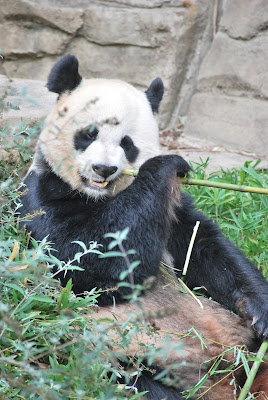 A highlight of the day was one of the giant pandas decided to have lunch just as we were watching her mill about. It was fascinating to observe the panda go about her routine either unaware or uncaring of our presence. Her large paws were surprisingly dexterous and she peeled the hard outer layer of bamboo "like a banana" as one child put it. It's a moment like this that I will likely never encounter in the wild. 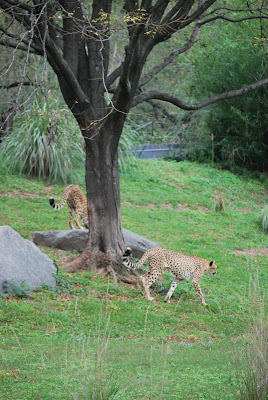 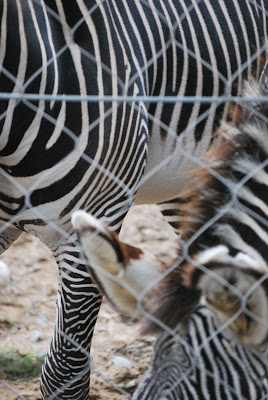 Before leaving we went to see the zebras, as they are always a must see on my list. We found it funny that the zebra habitat shared a fence with the cheetahs (also a must see). The cheetahs paced the fence staring at the zebras like a house cat stares at fish in a bowl, so curious, so longing. A knowledgeable Smithsonian employee explained to everyone that cheetahs don't usually eat zebras (they are in fact more likely to eat your small children, good to know) and that they have a more playful interaction, at least here at the zoo. Apparently one of the zebras will kick the fence now and then just to piss off the cats. I found that amusing. 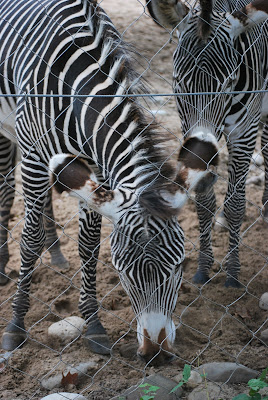 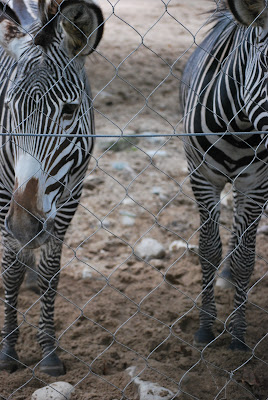 At the end of the day, I was glad to have experienced such an intimate exchange with the animals. I hope that the concept of a zoo is not antiquated and wasteful. I hope that each animal is getting it utmost care and research is proving to save habitats from destruction and species from extinction. I hope that parents take their children to learn about nature up close and to appreciate it's diversity. Finally, I hope that by going to the zoo we can all become more respectful and conscientious about our environment and those with whom we share it with.