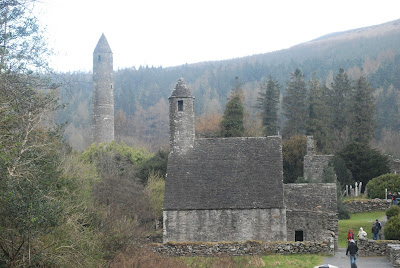 This week I wanted to journey back to Ireland after getting distracted by out-of-town guests, going to The Bahamas and Thanksgiving.
While Gman and I were in Dublin we decided to take a day trip out to the countryside. The receptionist/concierge at our hotel, TheKingfisher Restaurant and Townhouse (Gman’s parents go to Dublin often and always stay here, it’s really lovely), recommended we take the Over The Top tour of Wicklow and Glendalough. It picked us up in the wee hours of the morning and took us out and back in the same day. As we left the city center of Dublin and drove into the suburbs there was a subtle transition into the working class neighborhoods. The architecture didn’t change, nor did the density of people. The homes kept their simple, clean lines and were packed in right next to each other, only now they had tiny gardens. 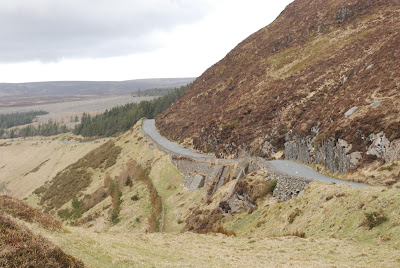 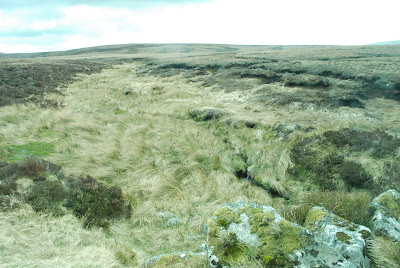 People were going about their everyday errands, grocery shopping, filling up at the gas station, waiting in traffic, tiding up the lawn, and gossiping on street corners. But what changed was the air. It was harsher, colder, and wetter. Low lying fog swept in and slithered across the peat moss as we drove further into the countryside.  Deep rolling mountains had only patches of dense forest. I imaged all the battles fought on those grounds. Our tour guide was good at telling us about significant events while also letting us quietly look out the windows and take it all in. Gman and I agreed that this was the Ireland of our imaginations.
Before arriving to the main attraction we drove up to a few vistas to snap some pictures. We saw herds of sheep scaling the steep slopes on the side of the road and little towns nestled in valleys. We stopped in one of those towns to grab a quick bowl of Guinness Stew. The restaurant we stopped in was not just for tourists; many people were there on their lunch break. I thought they would have been slightly impatient with our presence, as I’m always in a hurry for lunch, but they were kind and even pointed out the best desserts without eye rolls or long sighs. 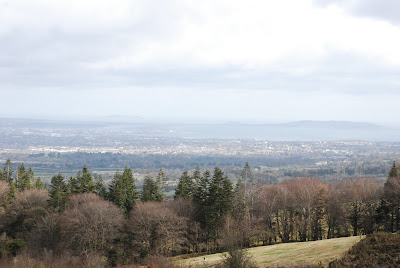 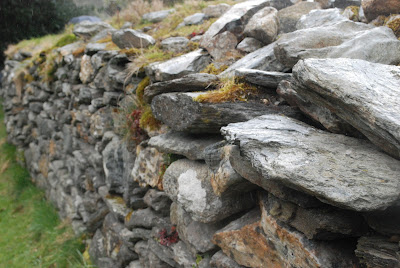 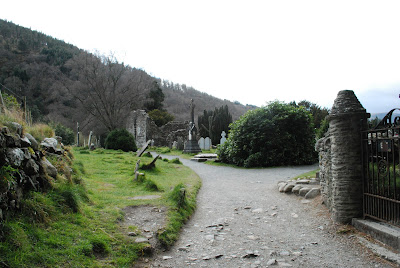 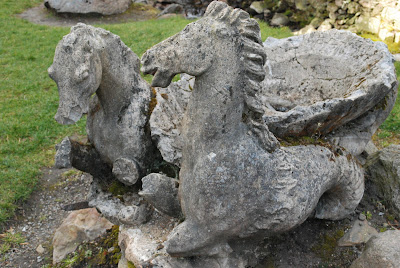 Over time, Glendalough has absorbed a lot of Ireland’s history; from its founding as a monastery in the Middle Ages by St. Kevin, through times of religious and political strife, and nearly becoming obsolete. Since the 19th century it has been partly restored and is a destination for domestic and international tourists alike, including historians and outdoor enthusiasts. The nearby lakes provide great hiking and water activities for all ages and abilities. It was raining while we were there so we didn’t venture too far from the bus. The ruins were impressive and haunting. I felt as if all the events of the past soaked into the ground and lingered in the air. We were forced to participate in hokey tourist rituals, such as rubbing a good luck stone, which despite my annoyance towards them, were actually fun.
Just as we jumped back into the van it started pouring rain and I napped (I’m a sucker for car rides). Back in Dublin, freshly intoxicated with the nostalgia of a past we never experienced, we ended the day in some pub, drinking some local brew, pretending that we lived there. Someday, maybe, someday.
Posted by Jamie at 8:00 AM