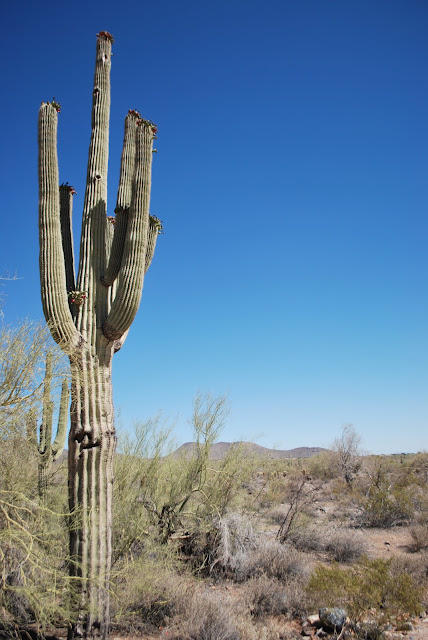 I didn’t go to Scottsdale, Arizona as a tourist. It wasn’t on my list of fantasy destinations for the year. I didn’t even know I was going until the week before. After receiving a distressed phone call from my very close friends (Evan and Alyse) in need, I agreed to leave the next week and help them move to Scottsdale from New York City.


Usually when a friend needs help moving, they ask you to come over, load a few boxes and an awkward couch into a truck and they give you pizza and beer as a thank you. In my case, I was asked to move a kitty cat cross country then to stick around to help with life adjustment for New Yorkers in the American Southwest. My thank you? An all-expense paid week long vacation. How could I say no?


We arrived at night so my impression of my first time to the desert and a “western” town was suspended until morning. Evan had this favorite breakfast place he wanted to take us to and that would be our first order of business. It was 100 degrees out and only 10:00am. I didn’t know what I was in for. Packing wise, I threw some jorts, swimsuits, and t-shirts in a duffle bag with some sandals and sneakers. I wasn’t sure what would be fashionable and for a change I was too concerned about overheating to care. 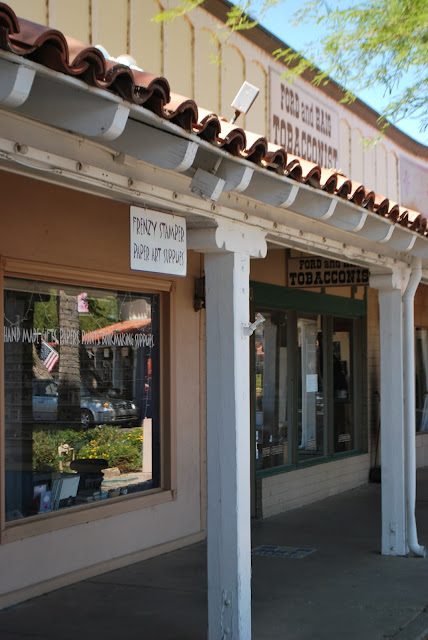 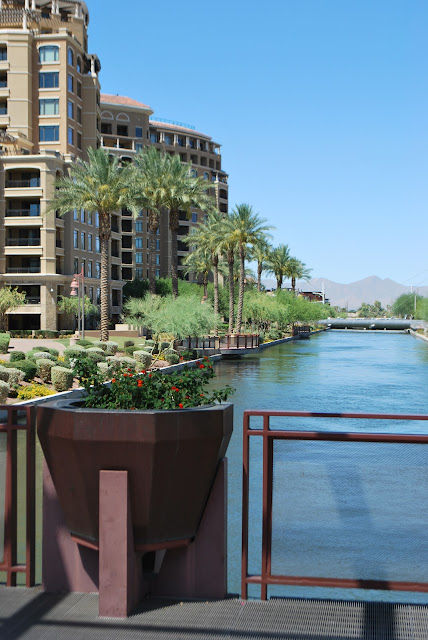 The breakfast place was situated in a typical strip shopping center in the Old Town part of Scottsdale. People of various ages and sizes patiently waited for their tables. We sat outside, which wasn’t too bad in the shade. The menu consisted of typical American breakfast foods, sausage and omelets, pancakes, eggs benedict. Nothing seemed spectacularly interesting, until the waitress asked which type of hot sauce we would prefer. My heart leapt in my chest as she spoke. I love hot sauce. This place knew how to serve a meal. She ended up bringing all of them (a caddy of six) so we could sample each. I settled on what I always use on eggs and potatoes, plain-old Tabasco.


After lunch my friends attempted to show me around a bit but at 2pm the heat beat us and we moved on to run errands. Like I said, I didn’t come to Scottsdale as a tourist. I came to help my friends get settled into their new life. It was exciting to be a part of their move. It was more than just cooking, tidying up, helping arrange shelves. I was part of their family for a week and it felt nice to be home with them. We spent a significant amount of time driving around from Home Depot, Trader Joe’s, Target, and other shopping with little Cold Stone ice cream breaks between each stop.


We started the week by creating an itinerary, including a side trip to Sedona (I’ll tell you about that another time). Then layed by the pool for most of the day drinking individually boxed sauvignon blanc from Target. 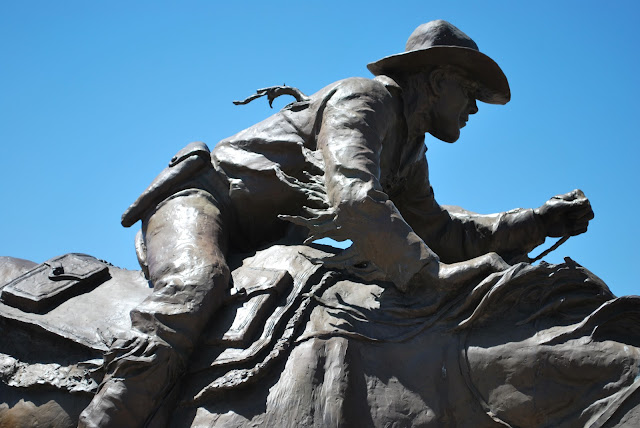 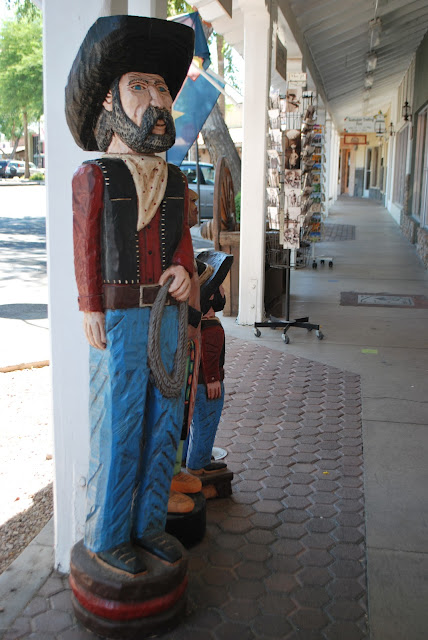 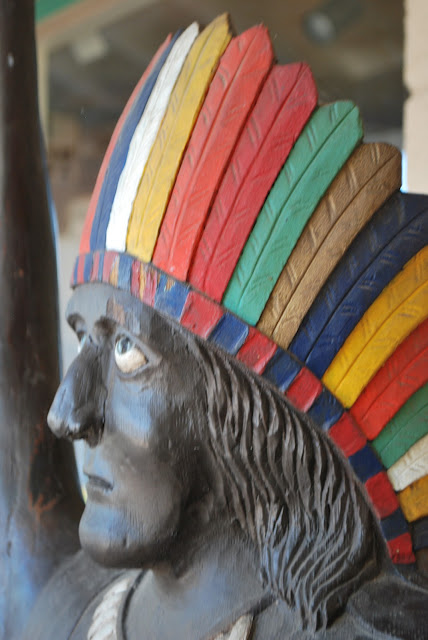 I did little research on the greater Phoenix area before heading there. I was in Denver, Colorado when I received the call and only had three days at home to repack and get back on the road. While there I learned that nobody goes to Phoenix. Whenever I mentioned any interest in checking out an art museum or shopping or anything, every single person said, “but why?” One friend said, “Why are you in Phoenix in June? Did you lose a bet?” (referring to the heat). I ended up skipping a trip to Phoenix after so much discouragement.


What I discovered about Scottsdale is that it, like many other Phoenix suburbs (Glendale, Chandler), was that it is 90% white, affluent, fashionable, and nostalgic for a Wild West past. There are three groups of people who live in the area: those that are “from here” meaning their great-grandparents settled there, people who recently moved there, perhaps snowbirds or wealthy athletes or people in the medical business, and the Native American tribes. The most well-known being the Salt River Pima-Maricopa Indian Community, Tohono O'odham Nation, and Gila River Indian Community. Although different and not likely to mingle too much, all of the locals had one thing in common: Rawhide. 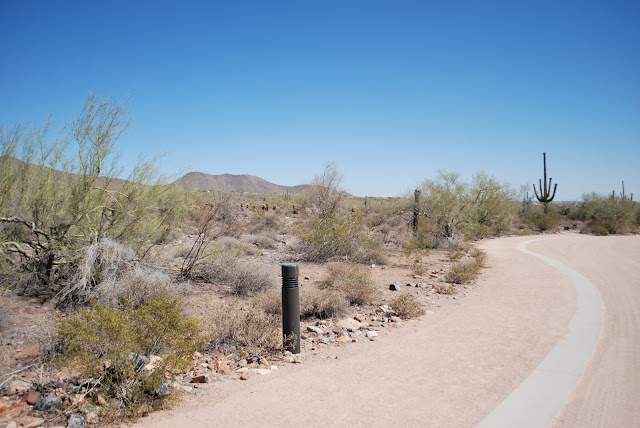 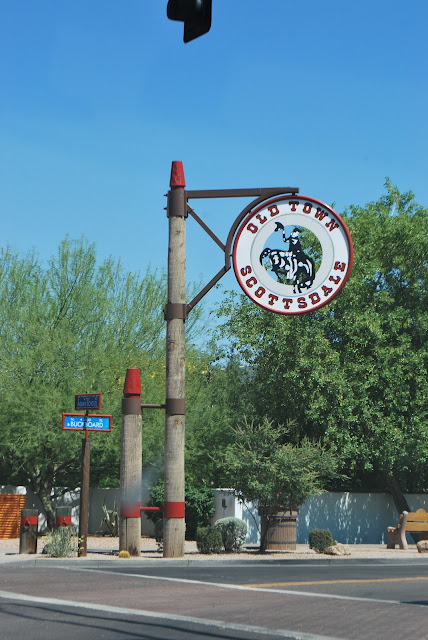 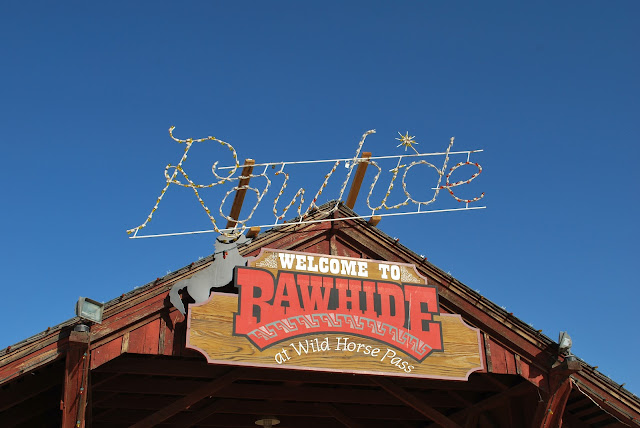 Rawhide is a regionally famous destination and described as an authentic Wild West experience. It’s not only a hokey little western town themed park. The stories, characters, and some of the people working there are descendants from the Americans who first headed out West back in the 19th century, like the blacksmith Devin Mace, who we had the pleasure of meeting.


Alyse and I stumbled across Rawhide while fine tuning our itinerary. We wanted to have at least one touristy experience while I was in town. A package deal offered horseback riding and a steak dinner. Sold.


When we arrived Rawhide looked more like a ghost town then a bustling tourist trap. We were the only idiots who thought a horseback ride through the desert was a good idea when temperatures were hitting 110 degrees. However, being on the back of a horse made me nostalgic for my childhood when I rode dressage. I was a good rider and suddenly felt like all my life decisions were wrong and I needed a horse again ASAP. 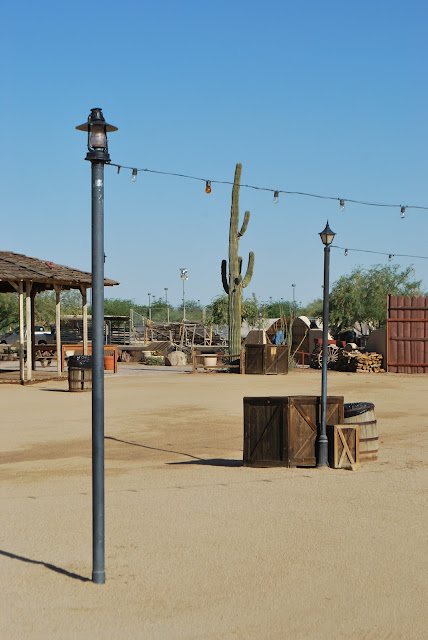 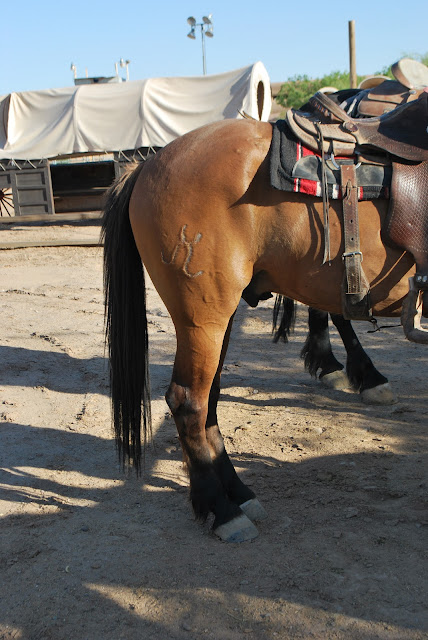 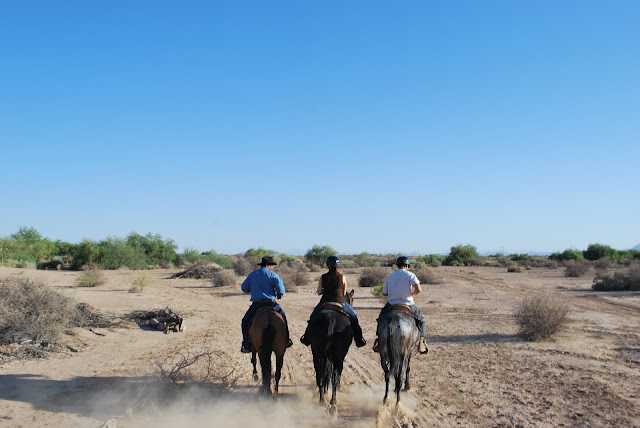 But the trail was strange and quickly snapped me out of it. We started off backtracking through the parking lot, wound around some construction sites to finally arriving out in the open desert. We then weaved in and out of a golf course and resort with a slide in the pool. In the open desert, close to the golf course, we spotted lots of animals I’ve never seen in person before. I got excited everything we saw a jack rabbit, prairie dog, or coyote. Apparently everyone else saw a road runner too. I was bummed I missed it! My western experience would have been complete via Looney Tunes.


Back at the ranch… just kidding it was a fake town, remember? We had dinner in the dining hall. Unfortunately I can be pretty cynical about hokey dining situations, which makes them difficult to enjoy. I didn’t appreciate the country singer on stage, the red checkered table clothes, or the “howdy” from our server. I didn’t appreciate the overcooked chicken and hard to cut steaks. I did like the cold draft beer and s’mores for dessert. I also appreciated the hardworking people that put their heart and time into making this place a destination. I got a kick out of the gun slingers, ice cream shops, and toy stores in the little town. I can see it as a place you would want to bring your young children. In fact, I have a faint childhood memory of going to a similar place somewhere. 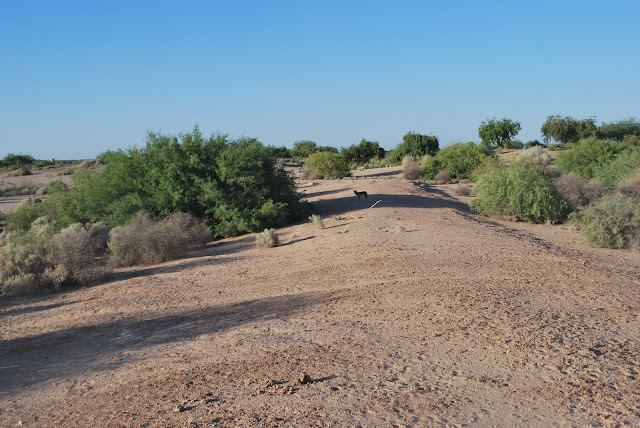 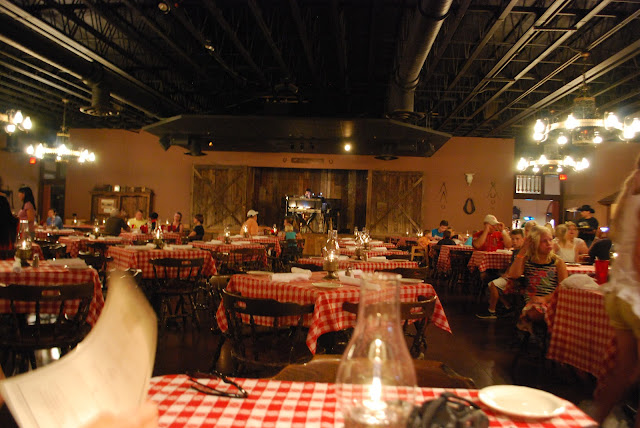 It turns out Scottsdale is my kind of city. There are a ton of art galleries, museums, and some of my favorite places to shop like Nordstrom, JCrew, and Anthroplogie. There are a lot of great places to eat, explore, and relax. But what was my favorite part about Scottsdale? Besides acting like I lived there and spending oodles of time with my friends, I had damn good chips, salsa and margaritas at almost every meal.

PS - I found the Scottsdale city website to be very helpful in our activities planning. Check it out here.
Posted by Jamie at 12:10 PM