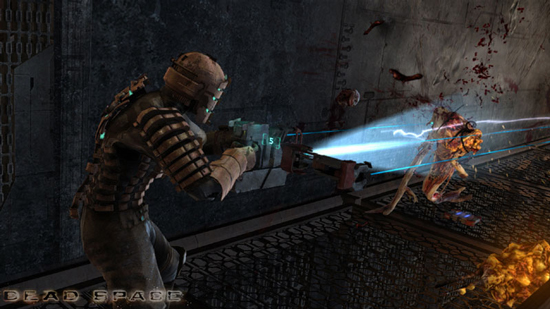 A few weeks ago, during a night out at a bar (where the best ideas are discussed) a few of my guy friends requested a new series on the blog, as they are not in to reading about shoes but want to support me none-the-less. They requested beer and video game pairings, in response to my new series pairing art and wine on Meg Biram’s blog (you can read the first two posts here and here).

Gman is an avid gamer and I actually like watching him play. I appreciate the creativity and artistic attention to detail that goes into each story. By playing the game, you transported through time and space for a quick reprise from your everyday life.

I will be posting a new pairing every Saturday in December. Each game featured in this series will be one that both Gman and I have experienced. The reviews will be from Gman’s perspective as the gamer and mine as the observer. And, after much debate, each of the pairings will be based on what the gamer would drink to set the mood. Sometimes I will pair a beer with the character in the game but for all intents and purposes, the gamer is the character. Let’s be honest, that’s the point, isn’t it? 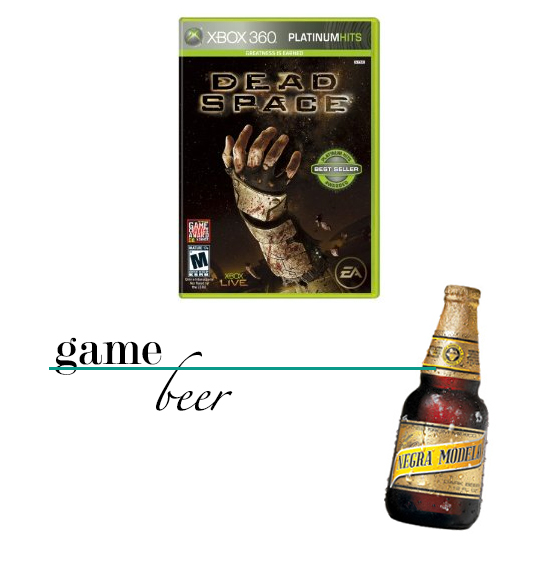 Our first pairing is Dead Space with Negra Modelo.

Dead Space is a game played on Xbox 360 and PlayStation that basically takes you inside the movie Alien. Played from the first person perspective, you and your crew are summoned to repair a mining ship where everyone seems to be missing. You, Issac, are very much alone with no escape, and sometimes no gravity. The scenes on the ship are creepy, and frightening at times, as aliens attack out of nowhere and you hear them breathing just around the corner. Once confronted by an alien you mutilate them to death using nifty futuristic weapons, blood and guts spewing everywhere. This is something men find wildly entertaining.

The storyline is somewhat predictable, however still horrifying as you learn how each of the crew met their demise. It is interesting to watch, although I didn’t find myself caring for the characters like I do in other games.

Gman says playing this game reminds him of Doom. There is limited amo and health, so you can’t just go around with your finger on the trigger. Alone, you don’t know what will happen next so have to have a strategy to conserve your resources.

We choose Negra Modelo to pair with Dead Space. It has a dark slightly mysterious quality to it in addition to a smooth, malty taste. As dark beers can be perceived as filling we thought, if things don’t go too well for you on this ship in the middle of outer space, this might be your last drink. It might as well be your last meal, too.

PS – Have you played this game? What beer would you pair with? Let us know in the comments below!