"Four Score and Seven Years Ago..." 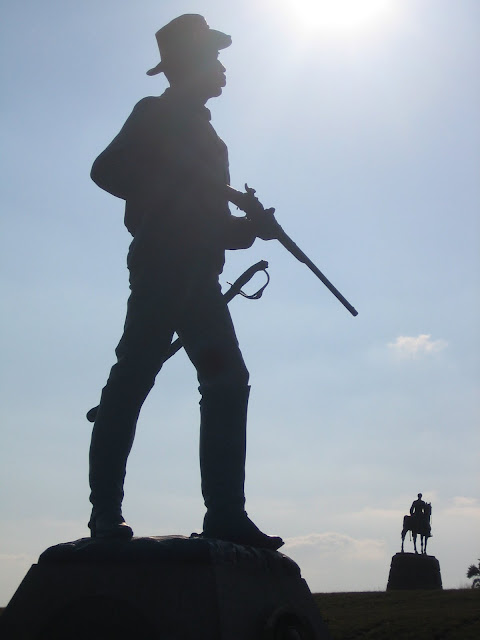 It can be said that the Battle of Gettysburg, July 1 - 3, 1863, was a turning point in the Civil War as General Meade, leading the Union Army, defeated General Robert E Lee's advancement on the North. It was also one of the bloodiest battles of the war with casualties in the range of 50,000.

The battle ground was quickly dedicated as a national cemetery and President Lincoln gave one of the most iconic and memorable speeches in American history  at the dedication ceremony - The Gettysburg Address. Though the exact words of the speech are not know, as there are several copies with different wording, Lincoln honored those who gave their lives to nobly serve their country and linked the Union's efforts in the Civil War to the Declaration of Independence, reminding listeners that all men are created equal and that they are fighting to keep the Nation unified to fulfill these rights. 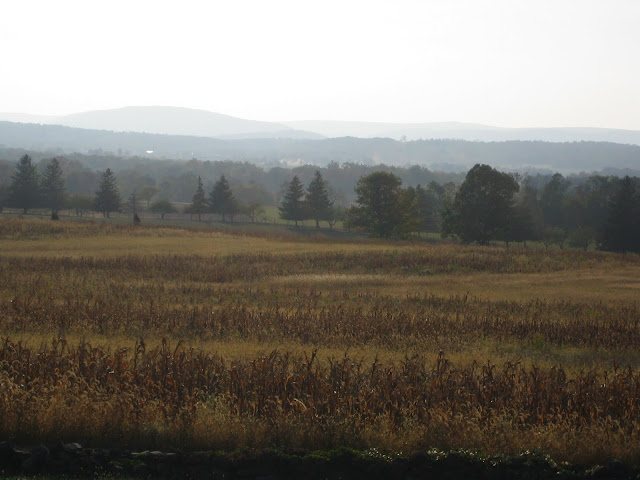 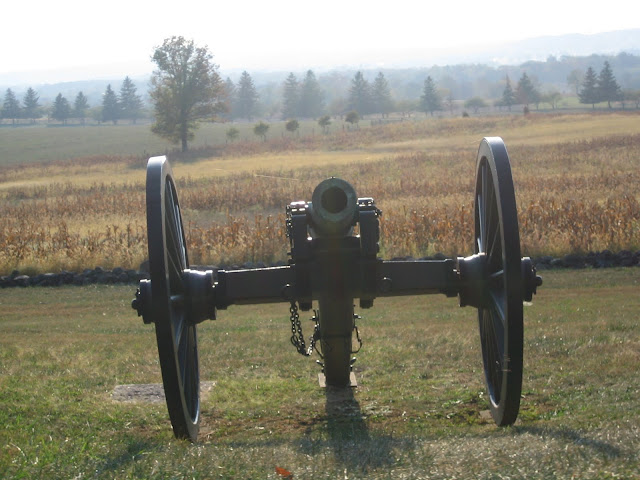 Today, tourists can visit the historical cemetery and battle grounds easily "The American Way", by driving through them. I recommend the drive though especially if you are only visiting for one day, you can cover a lot of ground. Check out the National Park Services website for details on the park, hours, driving routes, and events for the 150th Anniversary. They also provide great historical information and a timeline. 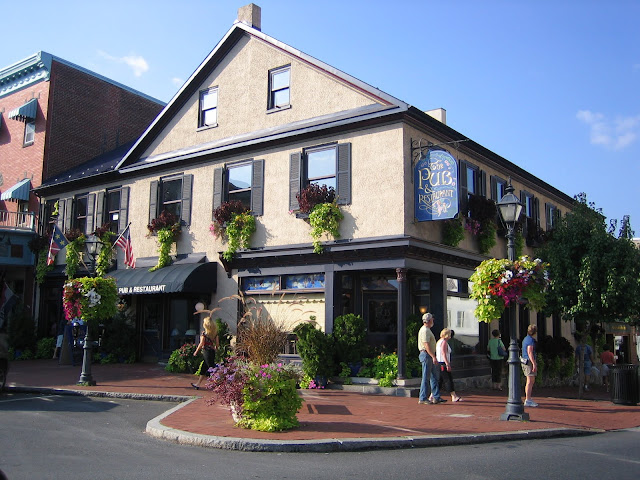 The town of Gettysburg has antique shopping and lovely historic architecture. I recommend stopping by to fill up on food and libations. We went to the Pub & Restaurant. The decor (and wait staff) were a bit goofy and the food was dependable pub food. 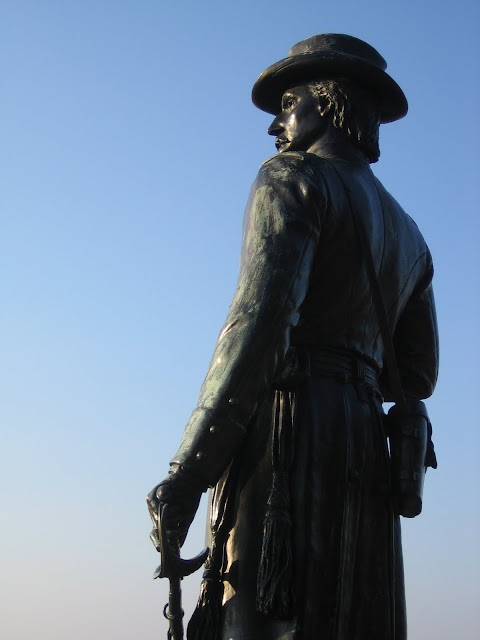 One thing I am getting used to, being back in the South and around country towns (as Gettysburg is decidedly not Southern), is that people are terribly friendly here. It catches me off guard! Be ready for random people to say hello to you and ask you about yourself or more often than not they will start telling you about themselves. While it is off putting, there are advantages to friendly locals - they tell you the best places to eat, drink, and be merry. So don't hesitate to mingle when visiting.

UPDATE:
As recommended by my uncle, a Civil War enthusiast who has participated in re-enactments, a great place to eat and stay in Gettysburg is a B&B, Farnsworth House. It has ghosts from the Civil War (!) and was named after Elon Farnsworth who was a Brigadier General in the Battle of Gettysburg and died in battle July 3 leading his troops to fight in the East Calvary Field.
Posted by Jamie at 6:04 PM