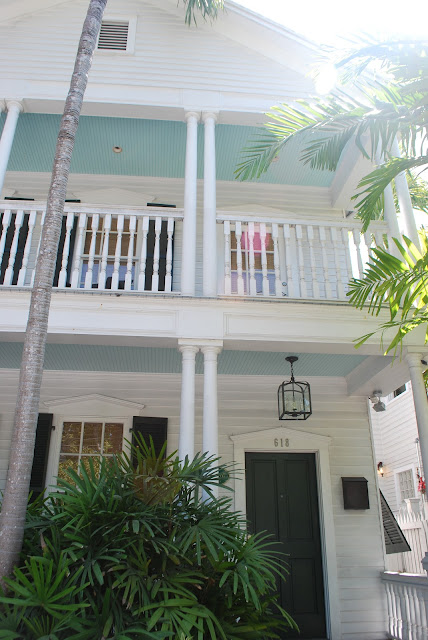 The hot sun warms your skin and melts your half-drunk Strawberry Daiquiri. You don’t mind as you are bellied up to the bar busy chatting with the middle aged biker, who is here with his Harley Davidson biker group, on one side and 21 19 year old spring breaker from Michigan on the other. Behind you a group of mature ladies play cards and laugh loudly as the pitchers of Sangria are passed around. Cheese Burgers in Paradise is being played by a cover band that had a little too much fun back in the 60’s but is still going strong. Hours go by but it feels like just minutes and the crowd around you becomes thicker, drunker, and more convivial. It’s time for you to order a drink for the road and see what other bars have to offer.

It’s only 2pm. And you are just getting started. Welcome to Spring Break in Key West.

Key West is a funny little island when in the wee months of spring, snow bird tourists, spring breakers, and a kinky local culture come together in an anything goes party-‘til-the-sun-comes-up atmosphere. 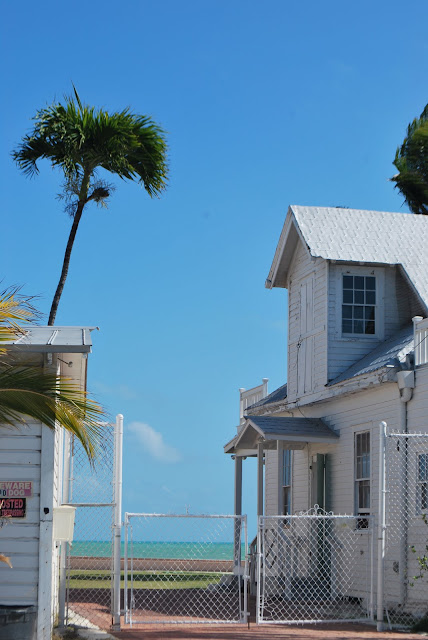 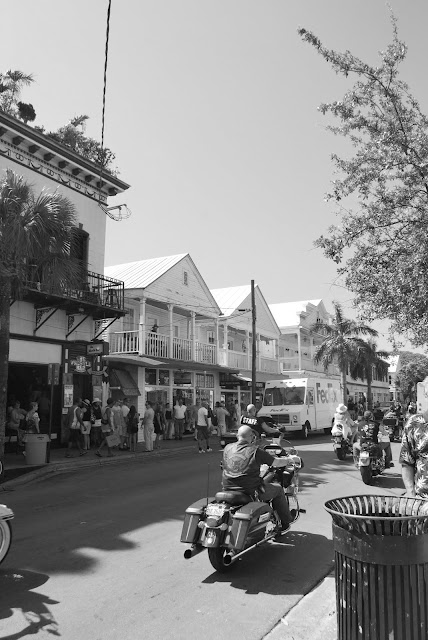 We could only stay for a day, as with many of our quick weekend trips. We were coming from Ft. Myer’s, Florida and took the Key West Express  down that morning. As we walked off the gangplank and onto dry land, a breeze of fresh salty air rushed by. After taking a deep breath, we decided to immediately get sustenance. I don’t do well when I’m hungry. Or tired (I slept on the boat on the way down). After a little exploring, we ended up choosing a classy establishment over the grab-n-go conch fritter and hot dog stands. 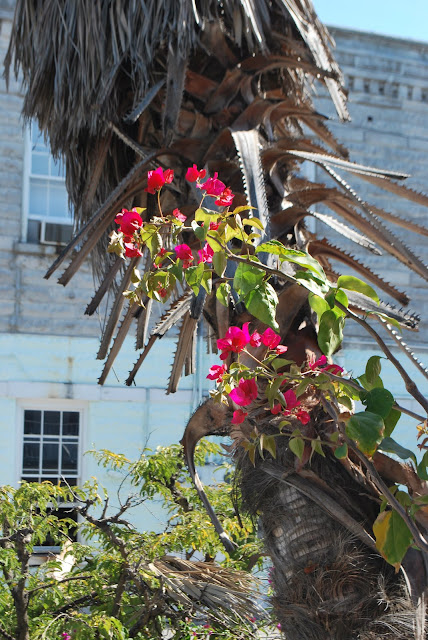 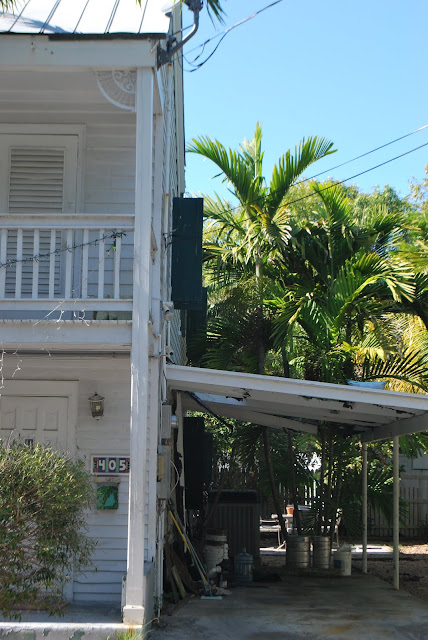 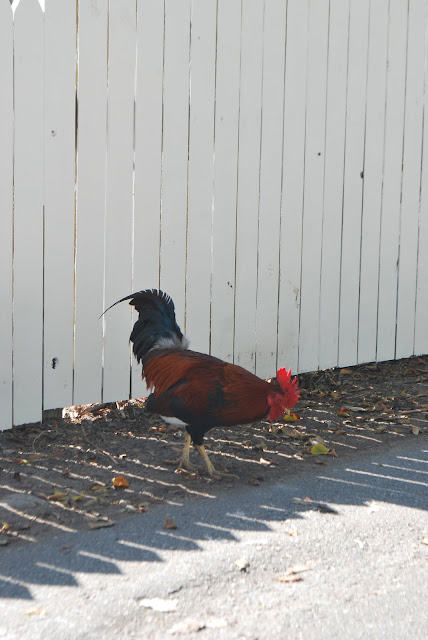 Although if you have not had conch fritters before you must try them! They are a local specialty. Conch is a mollusk that is abundant around the islands. In the Florida Keys’ early history the residents were known as Conchs. And on April 23, 1982 the Conch Republic was formed through a mock secession in response to a traffic check point on US 1. The check point was established to search vehicles for drugs and illegal refugees (Key West is only 90 miles from Cuba). The check point severely hurt tourism, the island’s main industry. After the secession, the road block was removed. Since then the Conch Republic has used similar tactics to protest other political and social issues. 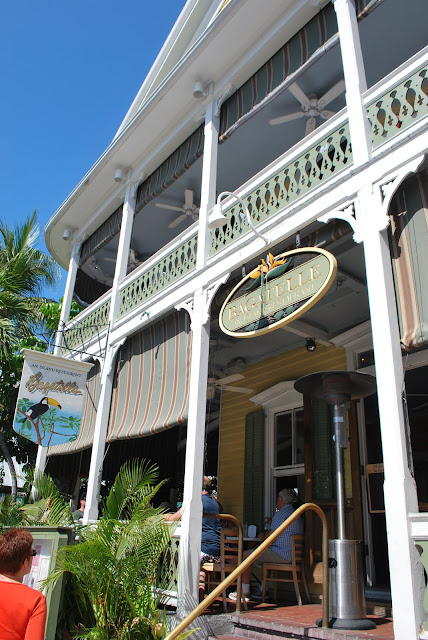 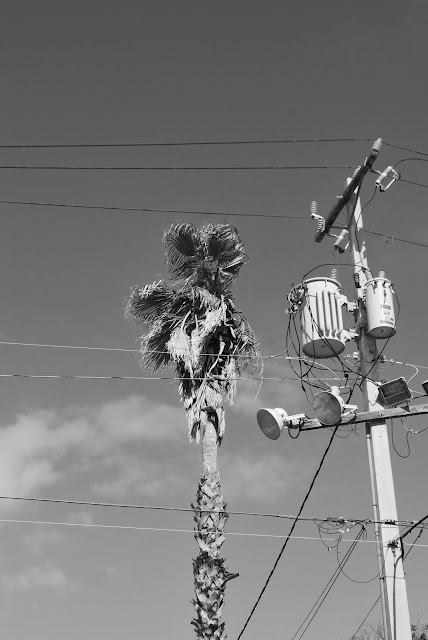 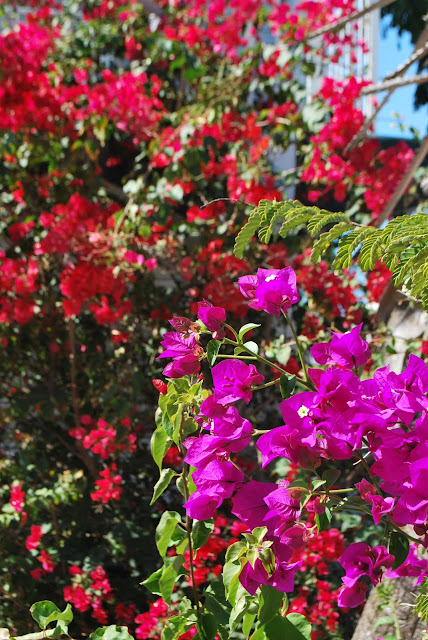 The restaurantwe chose, Bagatelle, was situated in a traditional Key West style architectural home. We sat on the expansive second level porch which was not only breezy but fantastic for people watching on Duval Street. As usual I had difficulty deciding between the entrées but one thing was for certain, an ice cold beer needed to be in my hand. A.S.A.P. The pork tacos seemed intriguing and I'm glad I went with them as I still think about their slightly smoky, ripped texture, tangy pickled onions and soft corn tortillas. Nom Nom!

We then strolled down Duval Street watching the revelers and locals mix almost seamlessly. The culture of the locals maintains a free-spirited Caribbean island vibe and a wicked sense of humor. The island has been used for many different industries since its “discovery” by Christopher Columbus who was looking for the Fountain of Youth. In the 20th century, Key West was used to smuggle rum into Florida during Prohibition. Its economy was badly hurt by the Great Depression. And around 1950 shrimp fishing became a huge industry. In fact, that is how G-man’s grandfather made a living. 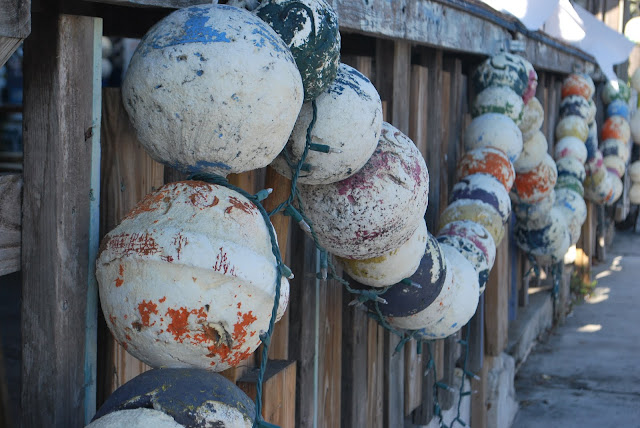 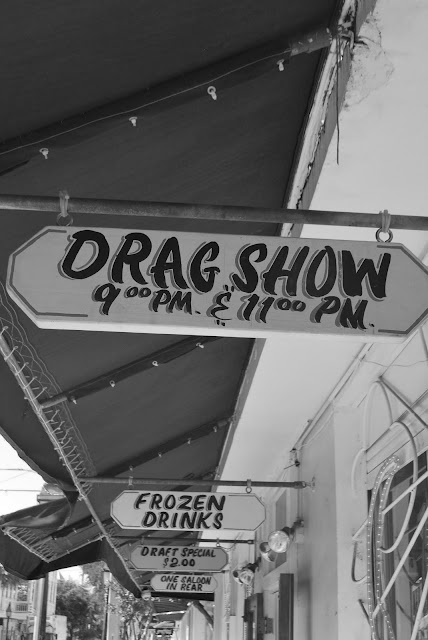 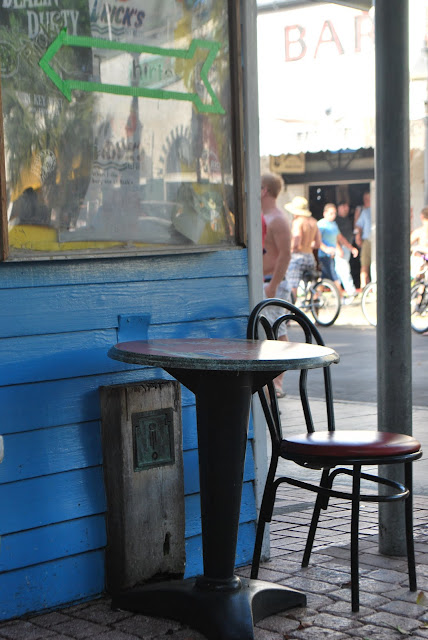 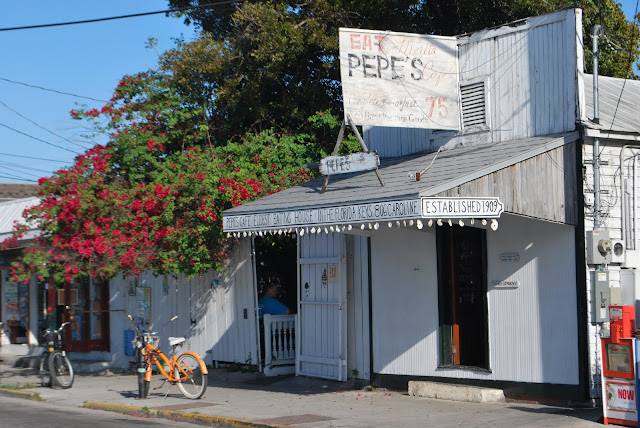 There is a lot to do in Key West and the Florida Keys in general. It merits a longer stay if you have the time. The fishing, scuba diving, snorkeling, boating, kayaking, golfing, beaches, shopping, and art galleries will no doubt keep you entertained without keeping you too busy. Check out The Florida Keys tourism website for details. 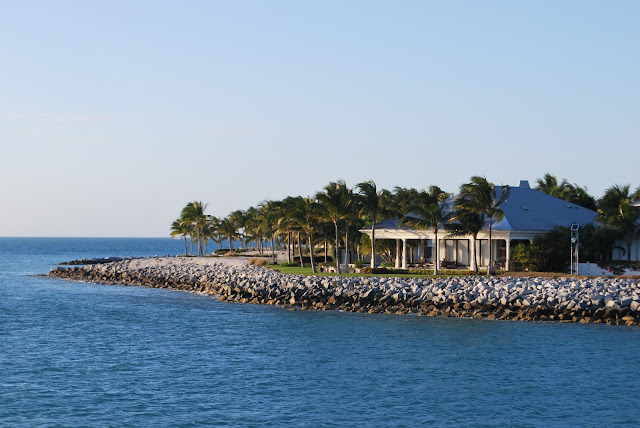 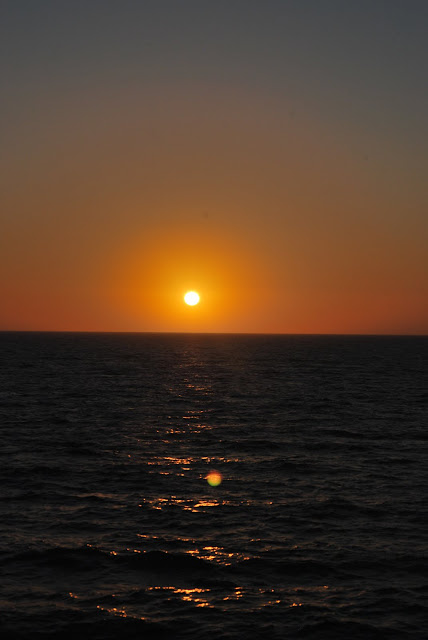 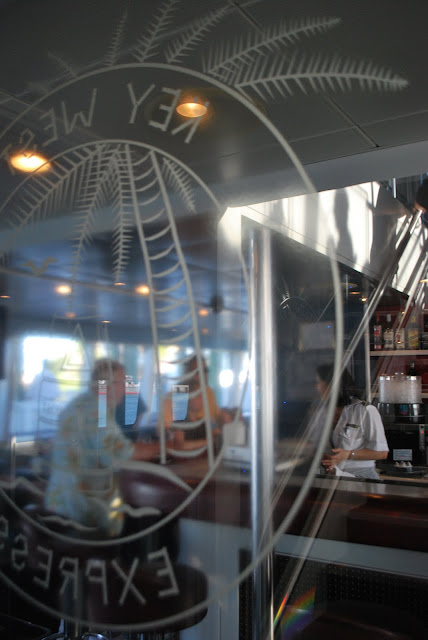 As the sun started setting, our time in Key West ended; we boarded the Key West Express and gazed at sail boats lazily float through the island communities. Then we watched the sun set completely un-obscured over the bright blue waters of the Gulf of Mexico. What a treat coming from Manhattan where you rarely see the horizon! I passed out again on the boat ride back to Ft. Myers like a baby in a car seat after a long day at the zoo.
Posted by Jamie at 9:00 AM