Exploring Wine: When it's not right 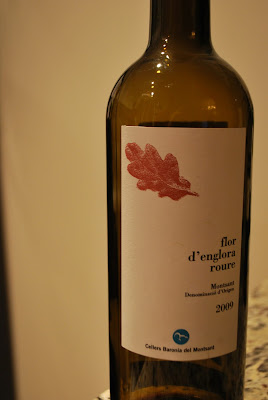 When you buy a bottle of wine at a restaurant the waiter usually shows you the bottle, opens it in front of you, then pours you a taste. I used to think this was to make sure you liked the wine but actually the tasting is so that you can confirm the bottle is good before being served.

That is until Gman and I opened this bottle. It seemed promising when we purchased it with reviews like this and this. However, as the bouquet hit my nose it smelled awfully like cat urine and very musky. Then I took a sip, instead of taking the hint, and it tasted like vinegar.

I once took a wine tasting class in Bordeaux and in order to learn how to smell and taste the wine, we were asked to smell various disks, then taste wine, then point to the disks we thought matched the smell. One of the disks was in fact cat urine, which indicates a spoiled bottle. This is the textbook example of a wine gone bad.

Who knows what went wrong but I haven't reached for this varietal on the shelf since. Have you ever had a bad experience drinking wine?
Posted by Jamie at 7:47 AM