Destination: Cruise to the Bahamas 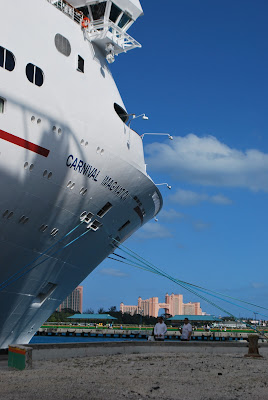 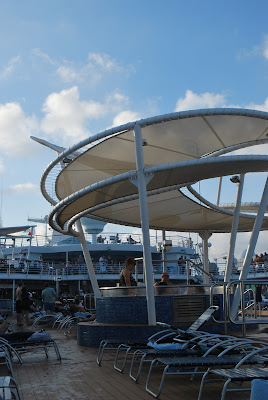 Is there a bell ringing? Is it an alarm? Am I dreaming? Am I still drunk? Who’s in bed with me? I realized I was awake when the bells stopped and a man’s voice came over the speakers. He said slowly, in a saddened tone, "Ladies and gentlemen this is your captain speaking. The worst possible scenario has happened." What could it be? Later we shared our speculations over Bloody Mary’s at the pool. “Is it the zombie apocalypse?” “Is the ship sinking?” “Pirates?!” “We’re out of booze?!” No. No. He continued, “Due to over 8 foot ocean swells and over 30 miles per hour winds, our trip to Cococay will be postponed indefinitely and we will instead go straight to Nassau where we will stay until 4:30pm tomorrow as scheduled.” So the worst possible scenario is that we go to another Caribbean island in the same day? We have to lay at the pool all day nursing hangovers in the sun? Tragic.

I arrived in Miami Thursday night and headed to the bride's mother's house where some of my girlfriends and roommates from college were having a sleepover the night before our best friend’s wedding – which happened to be on a cruise to the Bahamas. 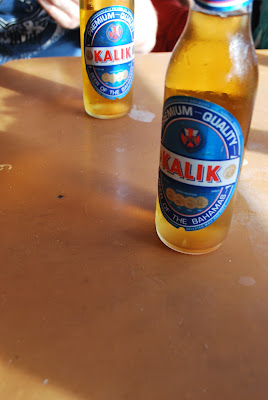 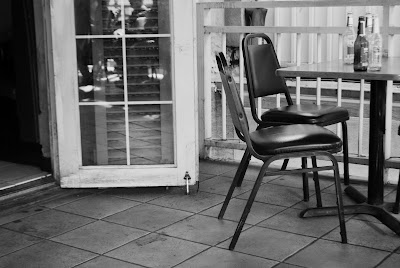 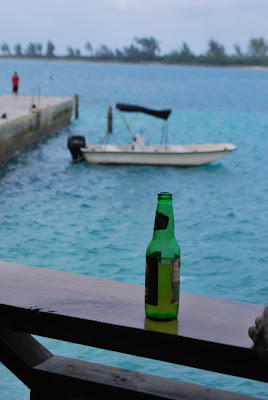 Thursday night started as a giggle fest then slowly devolved into a snoring competition {between the men, of course}. We got little sleep but the adrenalin of being together and going to Natalie’s wedding veiled our exhaustion on Friday morning.

As we got through security, checked-in and found the wedding spot, more and more of my friends started gathering. People I haven’t seen in years were piling in. This was going to be an epic weekend, I thought, as I toasted to myself while Natalie and her beloved exchanged vows. Their ceremony was simple, elegant, and touching. But in the background, the cheeky, Vegas vibe of our tiny cruise ship lingered. It was waiting for the right moment to break free and start a weekend of sun bathing and debauchery.

Its moment came when the ship’s photographer wanted a group shot of everyone attending the wedding. He happened to be “British” {sounded like Australian} and slipped when attempting to stand on a platform to snap the picture. He embarrassingly said, “The boat must be moving,” as he tried to regain his footing. Then someone shouted, “This boat’s a bangin’ mate,” in the worst possible accent that was neither British nor Australian. The poor man was horrified but every single person, family and friend, was laughing uncontrollably. Yes, epic indeed.

The rest of the night was spent re-establishing those bonds from the good ol’ days and meeting new friends. Our dinner table {best table ever!} consisted of two set of male college roommates, Brandy {my roomie/wife on the cruise} and me, along with two of the guys' girlfriends. The two guys who had girlfriends were roommates in college, and both ended up proposing on the same day! We then considered this the Love Boat and demanded a double wedding cruise on 12/12/12, as this one was on 11/11/11. 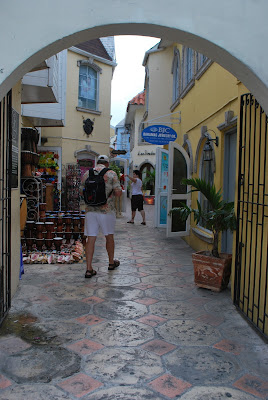 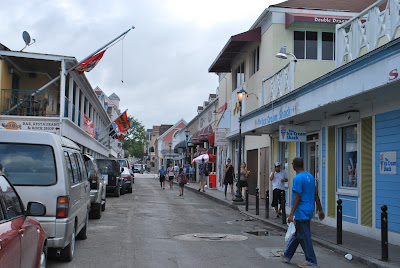 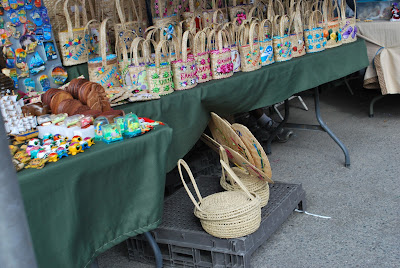 Once we arrived in Nassau, after we were suddenly woken up Saturday to the captain’s call, which was after drinking Bahama Mamas into the wee hours of the morning, we decided to go ashore to do a bit of exploring before cocktail hour.

Brandy and I, along with Kate {college roomie} and her beau explored the Straw Market and got a cheap(ish) beer at a dive-y bar. My impression of Nassau left me with a sad image of poverty, the remnants of colonialism, and a desperate people that were catering to tourists who wanted this “oasis” to be something it wasn’t. Everything seemed dirty and staged. Conches supposedly freshly harvested from the sea were for sale. Straw bags with Dora the Explorer or Little Mermaid motifs were abundantly available. I’m sure those were traditional designs… Only a few blocks past the touristy section were rows of boarded up homes with only a few people wandering the desolate streets.

On the other side of the main bridge was the utopian monstrosity Atlantis. On Sunday, I separated from most of the group and spent way too much money to visit for the day just to explore it. The hotel is admittedly impressive. Every detail was considered to create a magical world of the re-discovered lost city of Atlantis. There was even an aquarium incorporated into the building as well as a casino, luxury shopping, a dolphin encounter, rides, pools for children, adults, and everything in between. The beach was pristinely manicured but sadly unavailable to us during our visit due to the 8 foot swells. As the sky turned cloudy, I felt stupid for going to this fake feel-good resort. 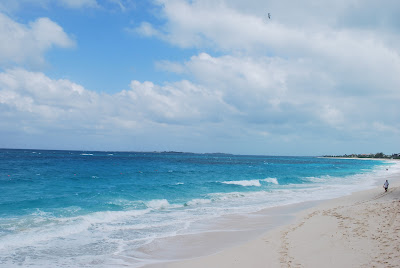 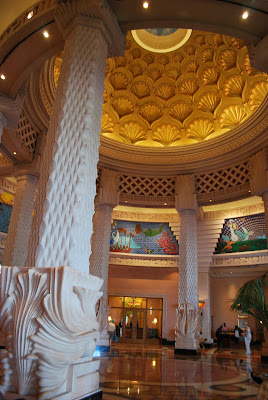 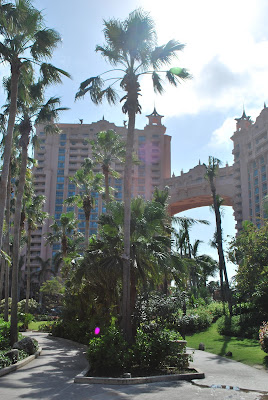 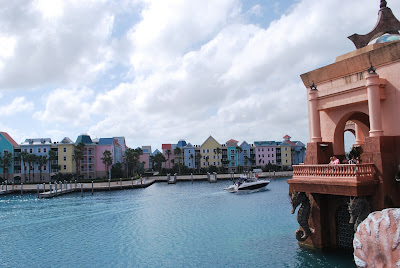 Usually when I travel it’s for the destination. I want to see what a new city has to offer. I want to see how people live, or what they like to eat. I want to try on a new lifestyle or find a slower pace for a few days. But this destination was sad and the people inaccessible. The cruise itself had mediocre food catered to the tasteless masses, the staff was generally rude, and our room was impossibly small {even for this city girl!}.

I realized in a moment of quiet, sitting on a shady pool chair, listening to the faint sounds of a DJ playing Pit Bull, that this trip was absolutely not about the destination. It wasn’t about the cruise or Nassau, or even the elusive Cococay. It was about who I was with. The destination was the romantic nuptials of our dearest friends. The destination was a re-union of friendships with people who make my stomach and cheeks hurt from laughing. It was about being with people who know my soul without me having to explain myself.

I remember being on the dance floor; happy again to be with the larger group. I didn’t recognize the song, but it asked me to shake my booty so I complied. We started with Bahama Mamas at the private cocktail hour, then wine and champagne at dinner, where we ordered one of everything on the menu. More mixed drinks were consumed at the piano bar, where I vaguely remember Brandy sauntering over to sit in my lap while everyone sung along to the piano versions of our staple college drinking songs. I spilled my drink. No matter, I kept dancing, laughing, and carrying on. Someone jumped into the pool and we toasted over Lemon Drop shots to the health and happiness of Natalie and Dan.

This post is dedicated to you, my friends. Thank you for the famously good times. I love you and miss you already! Cheers!