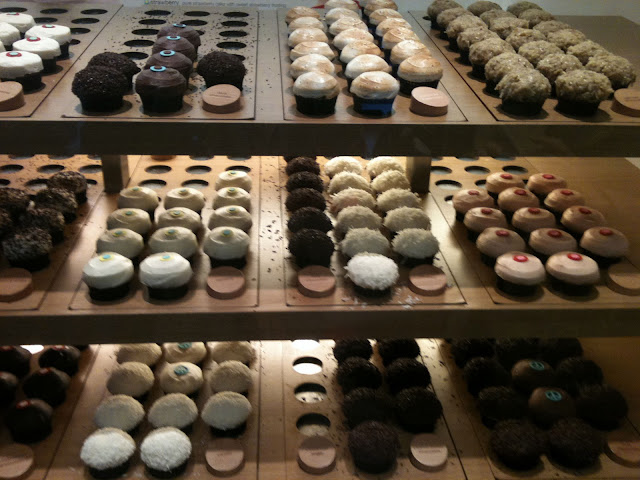 Here in D.C. cupcakes are still trendy. I really don't know how they will go out of style as you can eat cake more regularly and say to yourself, it's OK, I'm not being bad. I'm just eating this little cupcake. Since they are so stylish a snack, there are many options to choose from. People might ask you if you're a Georgetown Cupcakes person or a Sprinkles person. That's like asking if you're into buying local or exotic goods (Sprinkles originally started in Beverly Hills). I don't think it's wise to read into one's political choices based on their cupcake selections, but I can say I picked Sprinkles this time because there was no line. And I like their branding. 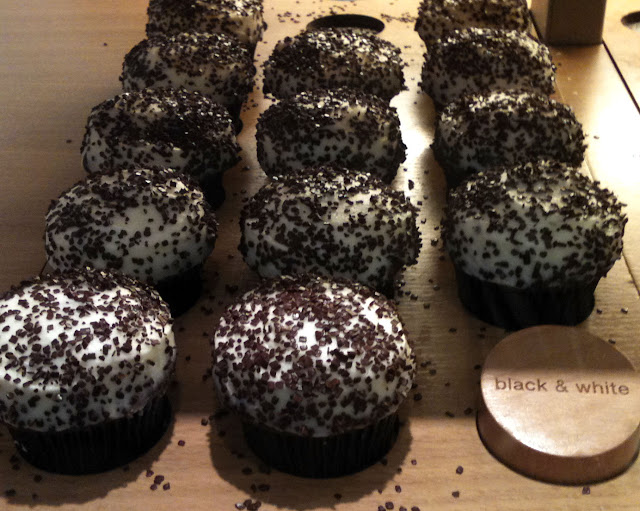 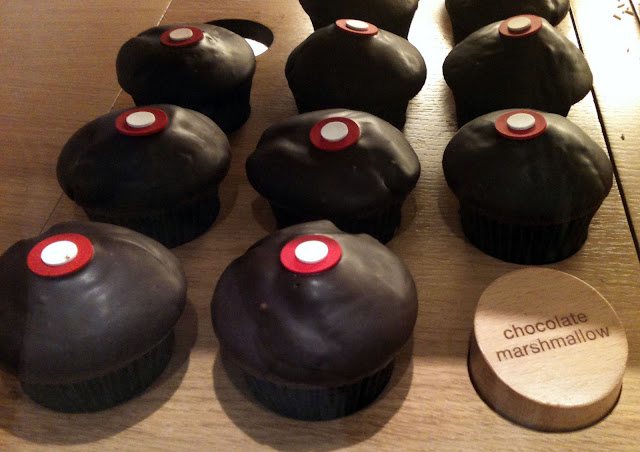 As always, I had a difficult deciding which flavor. So many choices! I finally went with vanilla because those sprinkles were indeed irresistible. My companion, Stephanie, choose red velvet, as she is a connoisseur in this flavor.

I've mentioned in previous cupcake reviews that I'm a cake person - vs. a frosting person. I think people like to add frosting to make bad or stale cake more appealing. You frosting people would just eat icing by the spoonful if you could. Don't lie! This cake was so moist, and just the right density. I swayed between inhaling it and savoring each bite. I even had a hard time scraping the frosting off this time, I liked the added texture from the sprinkles. I'm surprised that the experience of something that only took less than 5 minutes to eat is still lingering in my memory now (that's what she said...). 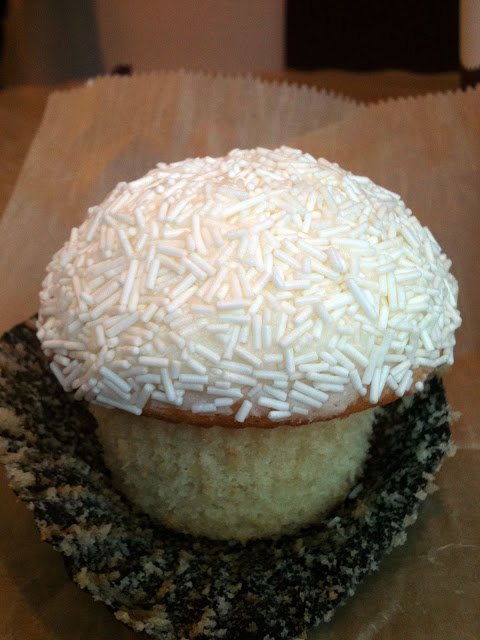 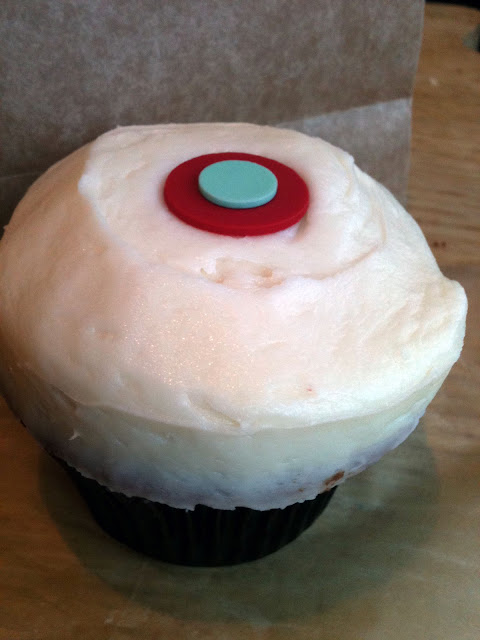